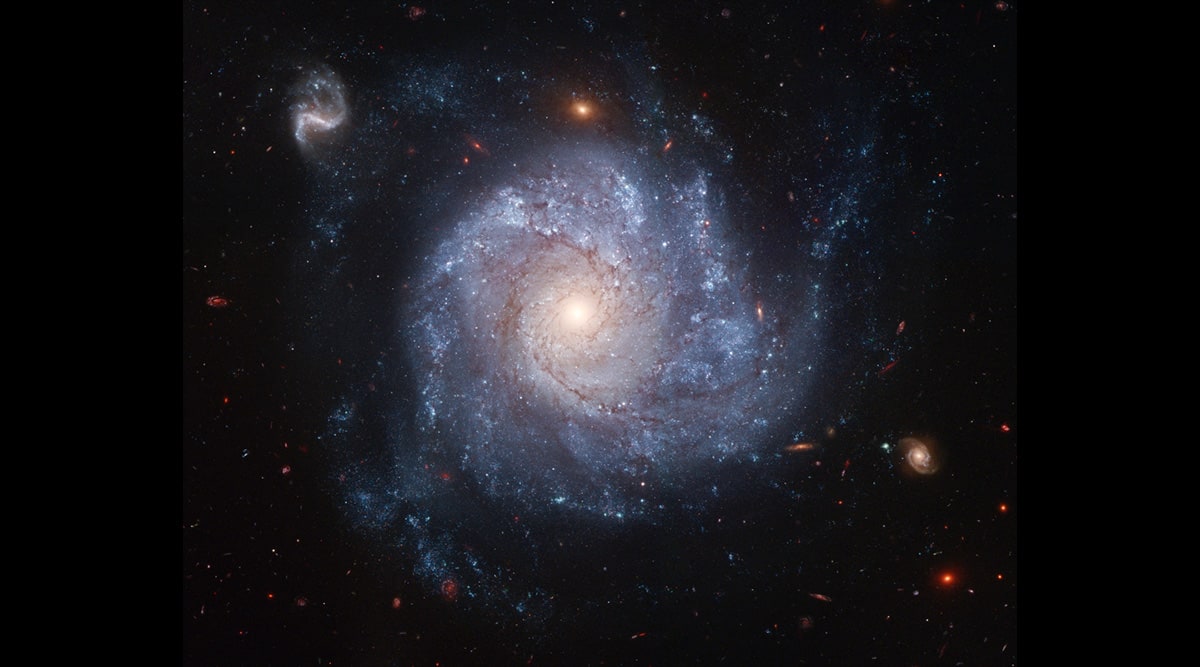 A supernova is the biggest kind of explosion that mankind has ever observed in the universe. A small per cent of massive stars end their lives with this massive explosion, mostly leaving next-to-nothing behind. This is why astronomers were surprised to observe the supernova SN 2012Z with the Hubble Space Telescope: Not only had a star survived the explosion, but it actually became brighter than it was before.

The findings were documented in a research article published in The Astrophysical Journal and presented at a press conference at the 240th meeting of the American Astronomical Society.

The puzzling phenomenon gave researchers new information about the origins of some of the most common and yet, mysterious explosions in the universe. This kind of thermonuclear supernova, called Type Ia supernova, is an important tool for measuring cosmic distances. Observations of these explosions beginning in 1998 have revealed that the universe has been expanding at an ever-accelerating rate. This expansion is attributed to dark energy, the discovery of which won the Nobel Prize in Physics in 2011.

Despite being vitally important to astronomy, thermonuclear supernovae’s origins are still poorly understood. Astronomers agree that they are the destruction of white dwarf stars, which are stars that are around the mass of the sun but packed into the size of a planet like Earth. However, what causes the stars to explode is still a matter of debate.

One theory proposes that the white dwarf “steals” matter from a companion. When the white dwarf gets too heavy and thermonuclear reactions ignite in the core, it leads to a runaway explosion that destroys the star.

SN 2012Z was a special type of thermonuclear explosion, which is sometimes called a Type Iax supernova. They are the dimmer and weaker cousins ​​of the run-of-the-mill Type Ia. Some scientists have theorized that they are failed Type Ia supernovae due to their less powerful and slower explosions. The new observations seemingly confirm this hypothesis.

“We were expecting to see one of two things when we got the most recent Hubble data. Either the star would have completely gone away, or maybe it would have still been there, meaning the star we saw in the pre-explosion images wasn’t the one that blew up. Nobody was expecting to see a surviving star that was brighter. That was a real puzzle, ”said Curtis McCully, a postdoctoral researcher at UC Santa Barbara and Las Cumbres Observatory, in a press statement.

McCully and his team think the half-exploded star got brighter because it ‘puffed up’ to a much bigger state. Since the supernova was not strong enough to blow away all the material, some of it fell back into the remnants until over time, the star returned to its initial state. But this time, it was bigger in size and had lesser mass. For what dwarfs, the less mass they have, the larger they are in diameter.