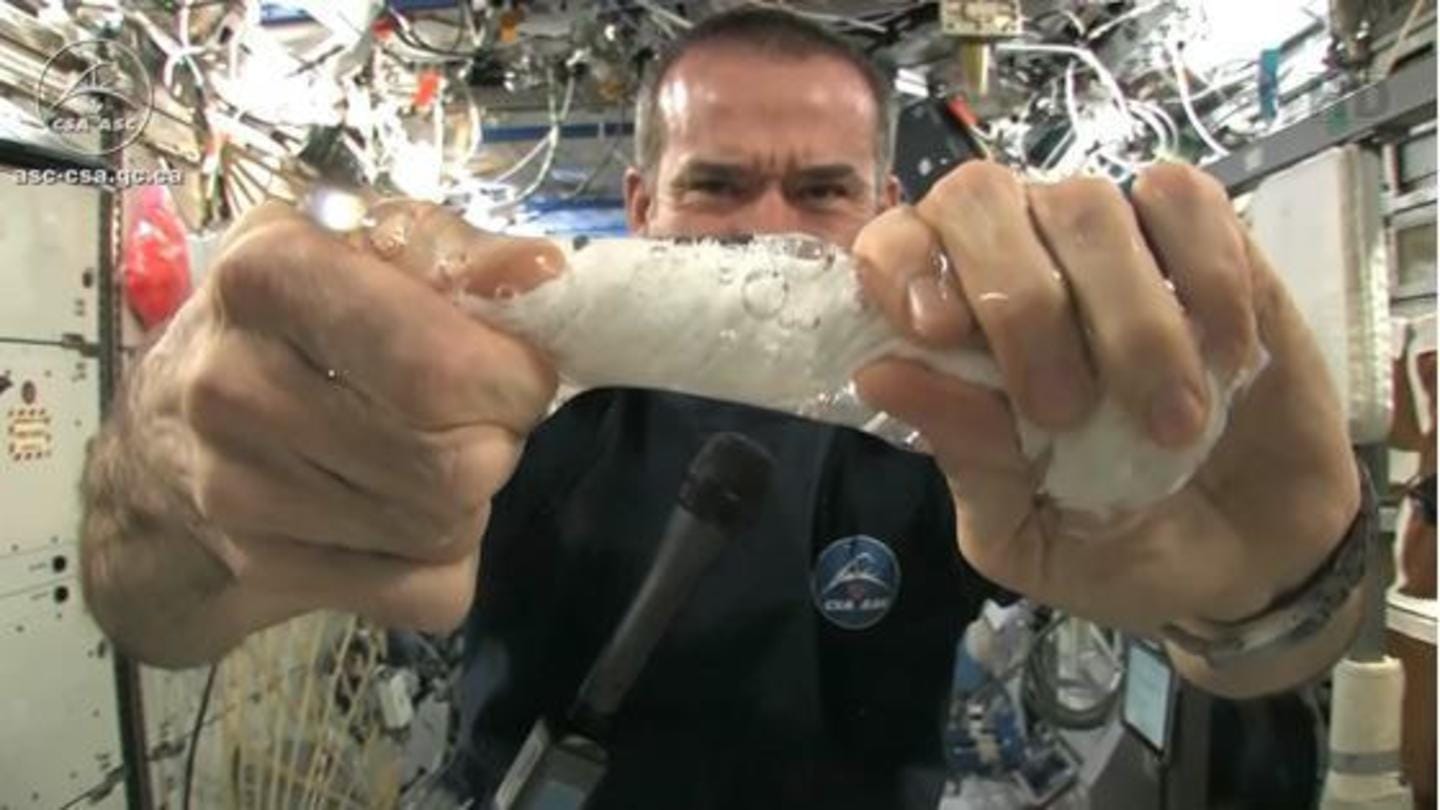 A video showing astronaut Chris Hadfield of the Canadian Space Agency, wringing a wet cloth in space has become popular on the internet.

The video is originally from 2013, and it has gone viral after being recycled on social media.

The clip shows Hadfield wringing a wet towel. However, the water forms a tube around it instead of falling down. Here’s why.

Why does this story matter?

A brief history of the experiment

The wet towel experiment conducted by Hadfield in 2013, was designed by high school students from Nova Scotia. They won a national science contest conducted by the Canadian Space Agency.

The astronaut claimed that the water from the towel stuck to his hand and had a gel-like texture.

Why does water behave differently in space?

The answer is surface tension-the property that allows a liquid to resist an external force because of the cohesive nature of its molecules.

And in the absence of gravity, the water’s molecules stick together, creating a kind of liquid gel.

Hence, when Hadfield squeezed the water out of the cloth, surface tension kept it sticking to the cloth or his hands.

The feeling of weightlessness in space also affects astronauts after they return to Earth. After coming back here, many of them drop things on the ground for some days as they forget that they are no longer in free fall.