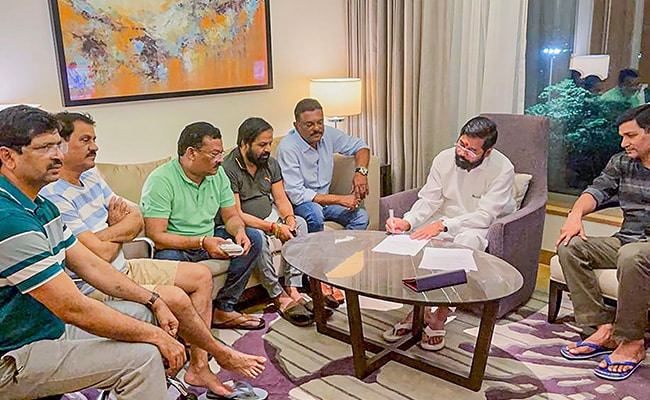 Mumbai:
Three more Shiv Sena MLAs have left Mumbai to back senior leader Eknath Shinde, at the center of a rebellion which threatens to split the party. The Shinde camp now has 36 MLAs (out of the party’s 55 MLAs) on its side.

Here are the top 10 updates on this big story: