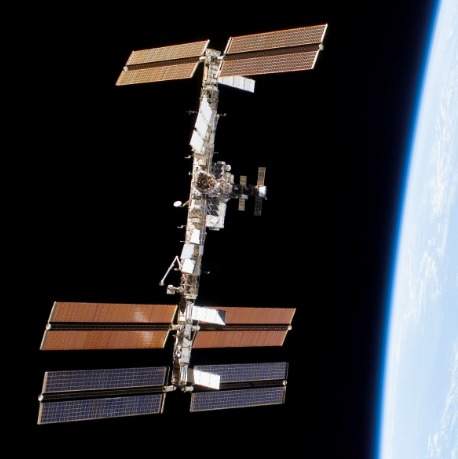 The US government prefers that more expensive hardware be maintained and even developed in space rather than on Earth.

Space operations contribute billions of dollars to the US economy, but the inability to develop in space restrictions that contribution. New technologies developed by the US government and private companies are now demonstrating what it will take to start servicing, assembling, and perhaps manufacturing in space. According to experts, it is the way toward orbiting factories and long-term lunar colonization.

The first step will be rehabbing aging satellites rather than replacing them. NASA is plotting its first mission to refuel a spacecraft. The aerospace firm Northrop Grumman has already flown two missions to extend the life of satellites, and will soon sell a space robot designed to do the same. The White House released a national strategy for developing these technologies in April, led by space policy advisor Ezinne Uzo-Okoro, an expert in robotic assembly who previously worked for NASA.

“It’s a big deal because it means all of the various departments and agencies within the US government got together and not only decided this was an important issue, but also were able to come to a consensus on how the US government should foster satellite servicing, Brian Weeden, a space policy expert at the Secure World Foundation, says.

Pamela Melroy, currently NASA’s deputy administrator, was an astronaut who helped assemble the laboratory in orbit, piloting two Shuttle missions in 2000 and 2002, and commanding a third in 2007.

Why we do not already do this work in space
When the International Space Station was under construction in the first decade of the 21st century, building in space meant humans in space suits out in the vacuum, using hand tools to bolt together trusses and modules pre-assembled on Earth. Robotics and computers used in spaceflight were not advanced enough to do the work on their own, and even the Space Shuttle’s capacious cargo bay was too small to fit a fully assembled habitat.

“What we did in low-Earth orbit with astronauts and robotics and spacewalking was amazing,” she said. But we can not rely on astronauts to make servicing spacecraft routine, she explains. Spacewalks are too dangerous, particularly farther away from the planet where radiation is a bigger threat.

Instead, advanced robots could do the job — if they can find a satellite in orbit, rendezvous with it safely, grab a hold of it, and fix whatever needs fixing.

The challenge facing in-space servicing is that most spacecraft aren’t designed for it. Imagine trying to refuel an automobile that did not have a gasoline inlet — it would involve somehow tearing open the propulsion system and closing it back up again. In a world where rocket launches were infrequent, space hardware was designed to last for decades before being trashed. But, as new rocket companies make orbit more accessible, and the assets there become more important, it makes less sense to simply abandon them — what if they could be refueled, refurbished, or recycled? And what if the tools for those jobs also enabled more ambitious and lucrative orbital projects?

“Instead of shelling out $ 200 million a pop for an asset, they’d like to keep what they have on orbit and make it useful in a different way,” Tracy Kortes, a NASA technology development manager, says. But before satellite builders start installing things like fuel ports into their spacecraft, they need to be convinced it’s worth the extra expense. It’s a “chicken and egg problem,” Melroy says, but it’s one that’s edging toward a solution.

Step one: Keep it simple
After her stint as an astronaut, Melroy became an executive at Darpa, the military’s advanced technology hub. The organization had an ambitious plan for refueling spacecraft, one that she said was “way ahead of its time.” Under her leadership, it dialed in on a project called Robotic Servicing of Geostationary Satellites, or RSGS, in partnership with a firm called Space Logistics, LLC, a subsidiary of Northrop Grumman. The approach? Keep it simple, says Joe Anderson, Space Logistics’ vice president. The most expensive satellites (and thus key targets for servicing) fly high above the Earth in geostationary orbits that keep them aligned above a specific point on the planet. More often than not, they are retired not because they are obsolete, but because they run out of fuel to keep them in place.

Space Logistics’ team realized that although satellites aren’t prepared to be refueled, they are designed to be attached to the rockets that launch them. A vehicle could clamp on to those fixtures, and then use its own propulsion system to keep the satellite in the right spot. In 2020 and 2021, Space Logistics launched two missions with its Mission Extension Vehicles, which successfully clamped onto satellites operated by Intelsat in order to keep them in orbit. Now, the company is building its Mission Robotics Vehicle. Rather than clamp directly onto a customer’s satellite, the MRV will use a robotic arm developed by Darpa to attach a mini-fridge sized unit called a Mission Extension Pod (MEP) onto the spacecraft. The MEP will have a propulsion system and enough fuel to keep the satellite at work for another six years.

A more ambitious mission is on the way. Earlier this year, NASA signed off on the design of its own robotic servicer, known as OSAM-1. In 2025, the spacecraft will launch into orbit and refuel Landsat 7, one of NASA’s Earth observation satellites. It will use robotic tools to cut away thermal shielding and remove metal wires that secure a cap on the fuel valve, pump in new propellant, then attempt to close everything back up. After that, a payload on the spacecraft developed by space infrastructure firm Redwire will attempt to build a working communications antenna and a beam that could be used to frame a space station.

The future of building stuff in space
Satellite servicing is the first step for these technologies because it’s something that obviously adds value now, and people are willing to pay for it. Astroscale, a Tokyo-based company that launched a demonstration mission last year to prove it could use its spacecraft to seize and dispose of a dead satellite, recently won a € 14.8 million ($ 15.4 million) investment to launch a larger version of its debris removal spacecraft. “We know that sustainability in orbit is big business,” Charity Weeden, Astroscale’s head of public policy, told Quartz last year. “It opens up the door to access on-orbit services — tow-trucks, fuel stations, machine shops, and more.”