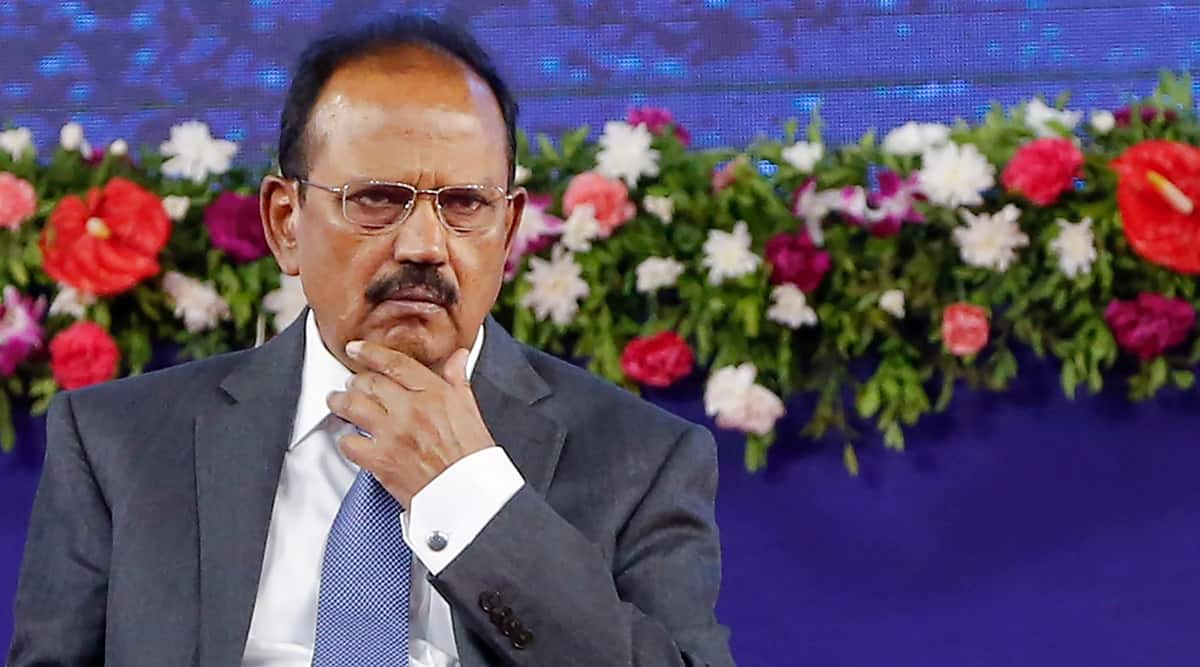 The controversy surrounding the remarks made by the BJP’s Nupur Sharma and Naveen Jindal on Prophet Mohammed has damaged India’s reputation internationally as they have projected the country in a manner that is far from the truth, National Security Advisor (NSA) Ajit Doval said Tuesday.

It has (damaged India’s reputation), in the sense that India has been projected or some disinformation has been spread against India which is far from reality. Probably there is a need for us to engage them and talk to them and convince them. And you will find that wherever we have gone, wherever we have engaged with the concerned people, both outside and inside, we have been able to convince them. When people get emotionally aroused, their behavior is a bit disproportionate, ”Doval said in an interview to ANI when asked whether the protests around the Prophet controversy had damaged India’s reputation.

Doval also termed the recent bombing of a Sikh shrine in Afghanistan as unfortunate and said India was committed to extending all aid to minorities in that country. “We have given visas to a large number of Sikhs and as flights become available, some of them will be coming back. We will look at the cases of Sikhs very very sympathetically. It was a very unfortunate incident. We have assured Sikhs and Hindus there that India will stand by its commitment, ”Doval said.

On the continuing killing of civilians in J&K, Doval said the government was dealing with it. Post 2019, the mood of the people has changed. They are not in favor of Pakistan and terrorism anymore. Where is Hurriyat today? Where are all the bandhs? There are a few individuals who are misled and are getting into this. We are doing our best to persuade them. Their families are making efforts. Some tanzeems (terror groups) are creating problems. We are fighting them with total resolve. We do not deal with terrorism. We have to deal with the terrorist. We are very hopeful that in another few months we will be able to bring the situation under control, ”he said.

On Kashmiri Pandits feeling unsafe and not being taken care of by the government, Doval said, “I do not think that is the feeling of all Kashmiri Pandits. Yes, they are a vulnerable section. They need protection. Government has taken various measures in the past. Probably, much more has to be done. And that is being done. No government will be able to give protection to each individual. Best is we go on the offensive against the terrorists. And make sure that these people who threaten (Kashmiri Pandit) lives and property are accounted for. ”

Doval also said that India was open to engagement with Pakistan but only on its own terms. “We cannot have peace and war at the choice of our adversary. If we have to protect our interests, we will decide when, with whom and on what terms we will have peace. When our core interests are involved, there is no question of peace at any cost. There has got to be peace and we have got very good relations with our neighbors, Pakistan included. We would like to have good relations with them. But, certainly, the tolerance threshold for terrorism is very low. We would not like to make our citizens sitting ducks for terrorists. In the last eight years, the country has not seen any terror attack, except in Jammu and Kashmir where a proxy war is going on, ”he said.

On the ongoing impasse with China in Eastern Ladakh, Doval said, “We have got a long-pending territorial dispute with China. We have made our intention clear to China. They know we will not tolerate any transgression. There have been some unsavory incidents. We have been able to resolve some issues through talks and negotiations. Few points still remain. We will continue our efforts. At the same time, we have to ensure we are vigilant and are able to protect our borders. ”