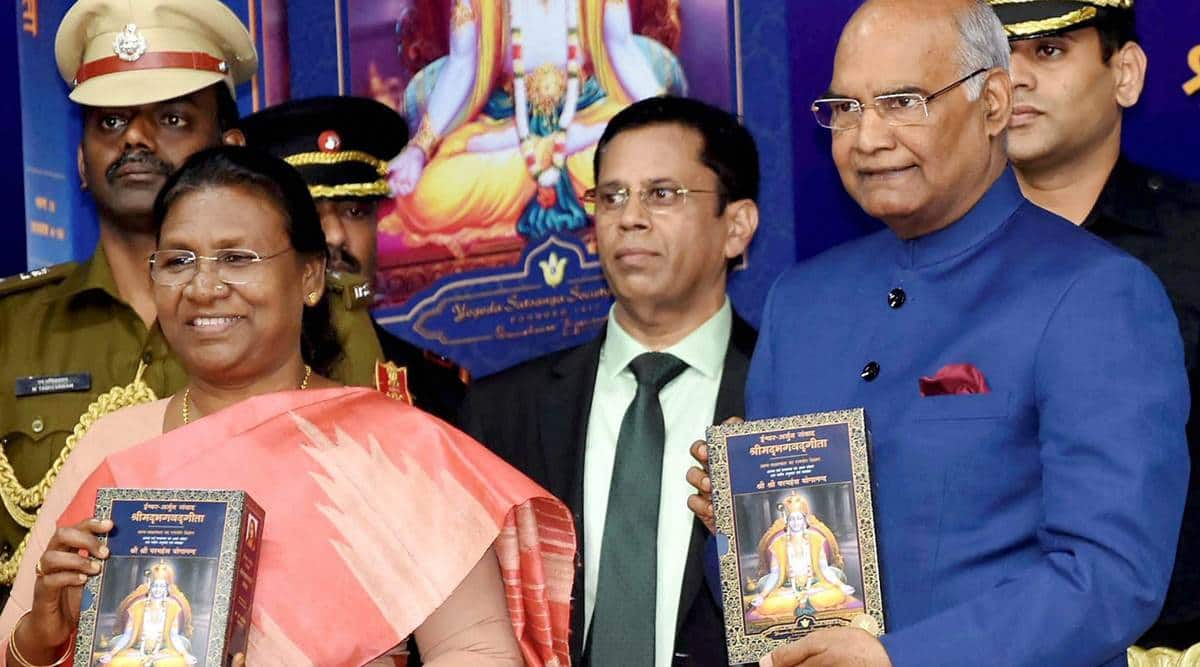 Droupadi Murmu, former Jharkhand Governor, is set to be elected as the next President, the first tribal woman to occupy the highest post in the country.

From the Santhal community in Odisha, 64-year-old Murmu was named the Presidential nominee of the BJP-led NDA Tuesday night, hours after former Union Minister Yashwant Sinha was declared the joint nominee of major Opposition parties including the Congress, TMC and NCP.

Murmu’s election is almost certain given that the numbers are heavily stacked in favor of the ruling NDA. Her candidature, announced by BJP president JP Nadda following a meeting of the party’s parliamentary board, appeared to have put some of the Opposition parties in a spot, especially the Jharkhand Mukti Morcha (JMM) which draws its electoral strength from tribal votes.

Prime Minister Narendra Modi said Murmu has “devoted her life to serving society” and said he is “confident she will be a great President”.

In a Twitter post, Modi said, “Smt. Droupadi Murmu Ji has devoted her life to serving society and empowering the poor, downtrodden as well as the marginalized. She has rich administrative experience and had an outstanding gubernatorial tenure. I am confident she will be a great President of our nation. ”

“Millions of people, especially those who have experienced poverty and faced hardships, derive great strength from the life of Smt. Droupadi Murmu Ji. Her understanding of policy matters and compassionate nature will greatly benefit our country, ”he said.

From Mayurbhanj, Murmu was a minister in Odisha when the BJP was in alliance with the BJD. Odisha Chief Minister and BJD chief Naveen Patnaik said the announcement of her candidacy was a “proud moment for people” of the state.

“Congratulations Smt Draupadi Murmu on being announced as candidate of NDA for the country’s highest office. I was delighted when Hon’ble PM Narendra Modi ji discussed this with me. It is indeed a proud moment for people of Odisha, ”he tweeted.

Earlier, announcing the decision, Nadda said the ruling party made efforts to evolve a consensus over the Presidential nominee. “But there was no consensus formed in the discussions. Today, the UPA has announced its nominee for the Presidential election. We have discussed it with our allies. Around 20 names were considered and detailed discussions were held on these names. After talking with our allies, we have decided to nominate a woman candidate from the East, and who is also from a tribal community, ”he said, adding that Murmu would be the first tribal President once she is elected to the post.

Nadda compared Murmu former President Dr Sarvepalli Radhakrishnan. “Like Dr Radhakrishnan, her life has also been closely connected with education. She was a teacher by profession, ”he said.

Party sources said Murmu, who enjoys the confidence of the Prime Minister, was the first choice of the leadership. Incidentally, her name had done the rounds as a contender for the President’s post in 2017 – the BJP eventually nominated Ram Nath Kovind who is retiring next month after completing his term.

At least three senior BJP leaders called the move to nominate Murmu as “good and politically significant”. A senior minister in the Modi government said, “There are many reasons for the party cadre to laud this decision. She is a woman, tribal, grounded and humble leader, hardcore BJP worker and the selection goes well with the BJP’s core governance theme – Sabka Saath Sabka Vikas, Sabka Vishwas, Sabka Prayas. Droupadi Murmu will bring her rich administrative experience, from the district level to state level, also to Rashtrapati Bhavan. ”