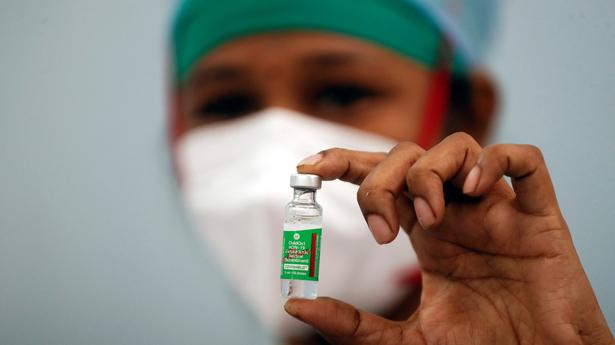 A community-based cohort study has demonstrated the effectiveness of two doses of Covishield against the delta variant in the general population of Chennai. The vaccine’s effectiveness against SARS-CoV-2 in the age group of 45 years and above was nearly 61% at least two weeks after receiving the second dose of Covishield.

The study, a collaborative effort between the National Institute of Epidemiology-Indian Council of Medical Research and Greater Chennai Corporation, was conducted from May 22 to September 30, 2021 during the declining phase of the second wave of COVID-19 in the city.

Of the 20,913 households in the three divisions in Chennai, 19,211 were enrolled in the cohort. There were a total of 69,435 individuals residing in these enrolled households. One-fifth of the households were in slum areas and 95.5% were pucca houses. Of the 69,435 individuals, 21,793 persons were aged 45 and above, according to the study that was published in ‘Vaccines’.

In the three-month period, the researchers followed up these 21,793 individuals. While 7,735 persons were unvaccinated, 10,762 persons received the Covishield vaccine – 4,052 persons received a single dose and 6,710 had taken two doses. A total of 59 persons were excluded from the 6,710 persons who had taken two doses due to reasons including past infections. As many as 3,296 individuals vaccinated with Covaxin and other vaccines were excluded.

Sharan Murali, one of the lead authors, said that they designed a community-based cohort to study the real-world effectiveness of the vaccine. “We followed them up for three months and checked if they developed the disease,” he said.

In the 45+ cohort of 21,793 individuals, 303 tested positive for COVID-19 during the study period. Among the 14,305 individuals (6,651 received two doses and 7,654 unvaccinated) who were included in the primary analysis of vaccine effectiveness, 143 tested positive for COVID-19. In the 143 individuals, 36 had received two doses and 107 were unvaccinated. The study found an overall vaccine effectiveness of 61.4% in the 45+ category.

“Through this, we recommend that vaccination with two doses be ensured. Those who are still unvaccinated should start taking the vaccines as they will protect in one way or the other, ”he said.