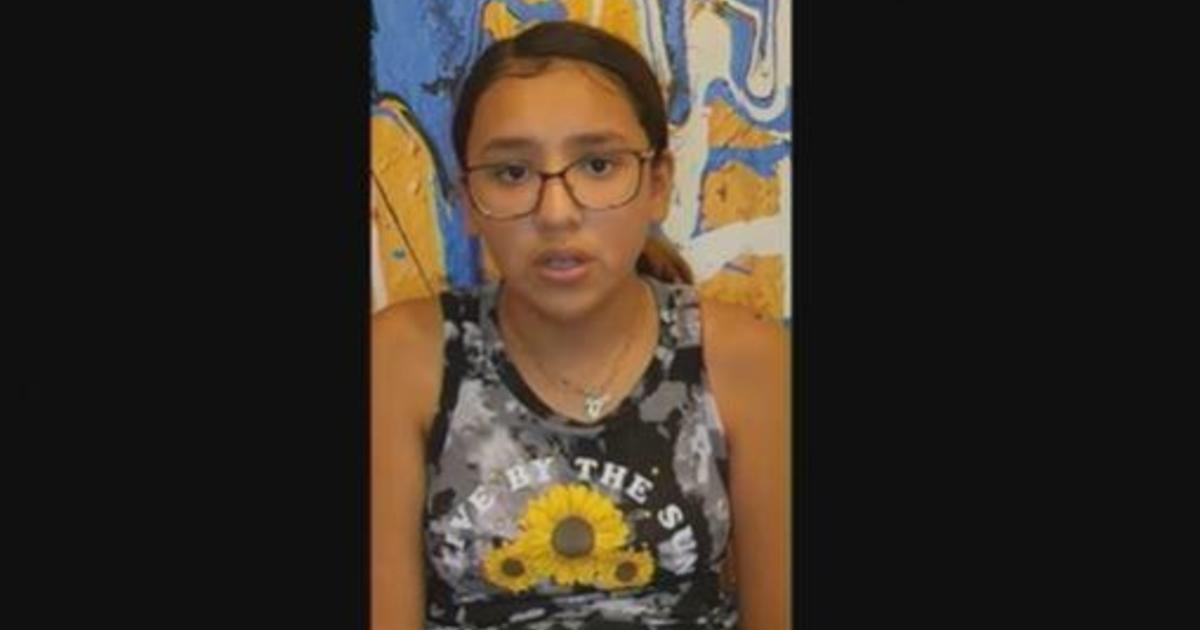 Washington – A young student who survived the mass shooting at an elementary school in Uvalde, Texaswas among a group of witnesses who testified before House lawmakers at a hearing on gun violence, recalling how she smeared the blood of a classmate on herself to appear as if she were dead.

Miah Cerrillo, a fourth grader at Robb Elementary School, appeared in a prerecorded video before the House Committee on Oversight and Government Reform on Wednesday morning. The hearing came hours before the House was set to begin debate on a package of gun restrictions aimed at preventing future mass shootings.

Detailing one of the most horrific accounts of the massacre, Cerrillo said her class was watching a movie when her teacher got an email and went to lock the classroom door, making eye contact with the gunman in the hallway. She said the teacher told them to hide behind the teacher’s desk and their backpacks. The gunman went into an adjoining classroom before coming into hers, where he told her teacher “good night” and shot her in the head, Cerillo said. He then shot Cerrillo’s classmates and a whiteboard.

“When I went to the backpacks, he shot my friend that was next to me, and I thought he was going to come back to the room, so I grabbed a little blood and put it all over me,” she said. “I got my teacher’s phone and called 911… I told her that we need help, and to send the police into our classroom.”

Cerrillo said she wants “to have security” and that she does not feel safe at school. “I do not want it to happen again,” she said.

Speaking through tears, her father Miguel Cerrillo told the panel: “I wish something would change, not only for our kids, but for every kid in the world, because our schools are not safe anymore. Something needs to really change.”

Democratic Rep. Carolyn Maloney of New York, the committee’s chairwoman, said the witnesses “have endured pain and loss” and displayed “incredible courage by coming here to ask us to do our jobs.”

“My goal for today’s hearing is simple. I am asking every Member of this Committee to listen with an open heart to the brave witnesses who have come forward to tell their stories about how gun violence has impacted their lives,” Maloney said. “Let us hear their voices. Let us honor their courage. And let us find the same courage to pass commonsense laws to protect our children.”

Other witnesses at the hearing included Felix and Kimberly Rubio, whose daughter Lexi was among those killed in Uvalde. Zeneta Everhart, the mother of one of the victims wounded in the mass shooting in Buffalo, New York, also appeared, along with Dr. Roy Guerrero, a pediatrician from Uvalde.

Kimberly Rubio recounted the agonizing hours after the attack as she and her family tried to find Lexi, driving to the hospital and the local civic center seeking answers.

“Soon after we received the news that our daughter was among the 19 students and two teachers that died as a result of gun violence, “she said through tears.” We do not want you to think of Lexi as just a number. She was intelligent, compassionate, and athletic. She was quiet. Shy, unless she had a point to make. When she knew she was right, as she so often was, she stood her
ground. She was firm, direct, voice unwavering. “

Everhart, whose son Zaire Goodman was an employee at the Tops grocery store in Buffalo and wounded in the shooting, implored lawmakers to pass gun restrictions to prevent future mass shootings.

“To the lawmakers who feel that we do not need stricter gun laws, let me paint a picture for you: My son Zaire has a hole in the right side of his neck, two on his back and another on his left leg, caused by an exploding bullet from an AR-15. As I clean his wounds, I can feel pieces of that bullet in his back. Shrapnel will be left inside of his body for the rest of his life, “Everhart said. “Now, I want you to picture that exact scenario for one of your children. This should not be your story – or mine.”

Dr. Roy Guerrero, a pediatrician who has lived in Uvalde for his entire life, said he rushed from his clinic to the hospital once he learned of the shooting and found “parents outside yelling children’s names in desperation, and sobbing as they begged for any news related to their child. ” He said the first patient he came across in the ER was Cerrillo.

“She was sitting in the hallway. Her face was still, still clearly in shock, but her whole body was shaking from the adrenaline coursing through it,” he said. “The white ‘Lilo and Stitch’ shirt she wore was covered in blood and her shoulder was bleeding from the shrapnel injury.”

Guerrero recounted the gruesome scene as two children killed in the massacre first arrived at the hospital.

“Two children, whose bodies had been pulverized by bullets fired at them, decapitated, whose flesh had been ripped apart, that the only clue as to their identities were the blood-spattered cartoon clothes still clinging to them, clinging for life and finding none , “Guerrero told lawmakers.

“Making sure our children are safe from guns, that’s the job of our politicians and leaders. In this case, you are the doctors and our country is the patient. We are lying on the operating table, riddled with bullets like the children of Robb Elementary and so many other schools. We are bleeding out, and you are not there, “he said. “My oath as a doctor means that I signed up to save lives. I do my job, and I guess it turns out that I am here to plead, to beg, to please, please do yours.”

The shootings in Buffalo and Uvalde have spurred renewed efforts by Democrats in Congress to pass more stringent gun control measures. Following Wednesday’s testimony, the Democratic-controlled House passed a package of legislation called the Protecting Our Kids Act, mostly along party lines, that would raise the minimum age for buying semi-automatic rifles from 18 to 21, limit magazine sizes and ban so -called “ghost guns,” among other provisions.

Any meaningful changes to the nation’s gun laws, however, must also pass the evenly divided Senate, where the support of 10 Republicans is needed to advance legislation. A bipartisan group of senators has been negotiating a set of narrower reforms that could include strengthening background checks for gun sales and encouraging states to adopt “red flag” lawswhich allow courts to order the confiscation of firearms from those deemed a threat to themselves or others.