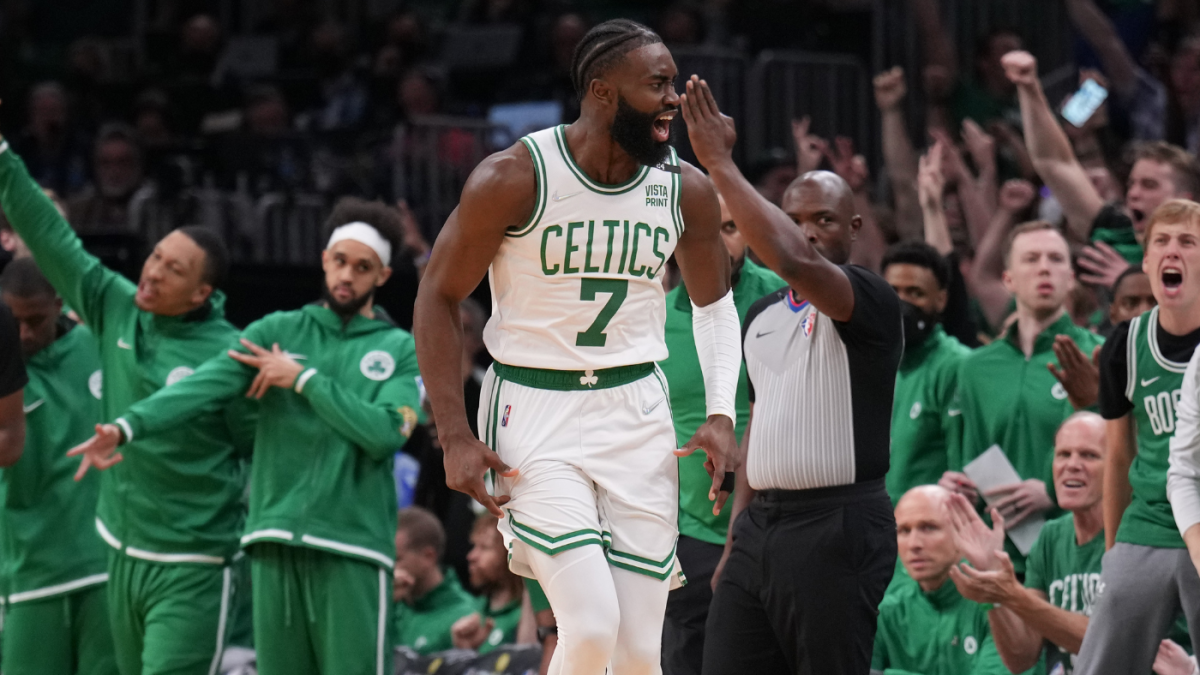 The Boston Celtics have retaken the lead in the 2022 NBA Finals against the Golden State Warriors. At home for the first time in the series, the Celtics pulled away from the Warriors for a 116-100 win in Game 3 on Wednesday night. Boston, up 2-1 in the Finals, withstood a third-quarter charge from Golden State, and put the game away in the fourth quarter. Jaylen Brown (27 points), Jayson Tatum (26) and Marcus Smart (24), combined for 77 points to lead the Celtics, who led by as many as 18 points in the first half.

Stephen Curry scored a game-high 31 points on 12-of-22 shooting and had 15 in the third quarter as the Warriors momentarily held the lead. Klay Thompson had his best game of the series, adding 25 points, but it was not enough. Draymond Green struggled, scoring just two points and adding three assists before fouling out in the fourth quarter

Boston is now 7-0 following a loss in the playoffs. Golden State, meanwhile, is also unbeaten in the 2022 postseason following a defeat, and the Warriors have won at least one road game in their past 26 playoff series. Game 4 is set for Friday night in Boston.

Here’s a fun stat to show just how impressive Boston’s Game 3 win was: Tatum, Brown and Smart are the first trio to each have 20 points, five assists and five rebounds in a Finals game since 1984, per ESPN Stats and Info. The last trio to do that, oh just the Showtime Lakers with Magic Johnson, Kareem Abdul-Jabbar and Michael Cooper.

Brown got things started early for the Celtics, putting up 17 first-quarter points to ignite Boston’s home crowd and help the C’s jump out to an early lead. He was knocking in 3s, getting to the free-throw line and working in some mid-range jumpers to show Golden State the entirety of his offensive skillset. Though Brown did a bulk of his damage in the first quarter – as he scored just 10 points over the next three quarters – it did not matter because Smart and Tatum took the baton from him for the rest of the game. Smart’s performance was especially noteworthy, given his two-point dud in Game 2. He was getting to the rim with ease and had some favorable rolls from beyond the arc to help Boston maintain its edge in crucial moments.

But it was not just the Big 3 of Tatum, Brown and Smart who got it done for the Celtics. Grant Williams gave Boston huge minutes off the bench, putting together his best performance in this series with 10 points and five rebounds. The same is true for Robert Williams III, who was just two points shy of a double-double (eight points, 10 boards). Though Robert Williams has been battling a lingering knee injury, he still looked spry on the floor, finishing with four blocks on the night. With him patrolling around the rim, the Warriors were limited to just 26 points in the paint, a steep drop off from the 40 points they generated in Game 2.

Though the Celtics almost let things fall apart in the third quarter – again – they managed to withstand a huge performance from Curry to take the 2-1 series lead.

Entering Game 3, Thompson joked about what he would do to get his shooting touch back for this series. After all, he was shooting just 30.3 percent from the field, and was 4 of 15 on 3s.

“Gosh, probably just YouTube ‘Game 6 Klay’ because there were some very high-pressurized situations I was in,” Thompson said. “I ended up shooting the ball well. When you can do it when your back is against the wall, you can do it at any given moment. It’s just about keeping that mentally strong.”

I’m not sure if Thompson actually loaded up some of his greatest hits from the playoffs prior to Wednesday’s game, but whatever he did, it certainly worked. Thompson shot 41.2 percent from the field and 38.5 percent from deep to finish with 25 points. He was punishing the Celtics every time one of their bigs went into drop coverage on pick-and-rolls, and showed he could create for himself in the arc as well.

The only problem, though, is that even his bounce-back performance wasn’t enough to lift the Warriors to a win. However, while Golden State still lost, seeing Thompson heat up in Game 3 should be an encouraging sign for the Warriors going forward.

Late in the fourth quarter, players from both teams were diving to the ground for a loose ball. By the time the whistle was blown and everyone had gathered themselves, Curry was still on the ground wincing in pain. He slowly got up and was limping around and remained in the game, but he did not look the same after that incident. The replay showed that Horford had inadvertently fallen on Curry’s leg amongst the scramble on the floor. After the game, Curry said he had pain in his foot, but was hopeful he could play in Game 4.

Here’s a look at the play:

Thompson also chimed in on Curry’s injury: “Steph’s gonna do everything in his power to play. I really hope he’s OK because he’s our identity.”

Thompson hit it right on the head. Curry has been the undisputed MVP for the Warriors throughout the playoffs, and even in Game 3, his 15-point third-quarter performance was the reason Golden State was back in this game. We’ll have to wait to see what the Warriors say about any potential injury, but if Curry isn’t 100 percent healthy going forward, then Golden State will be in trouble. The fact that Curry will only get one day off between now and Friday’s Game 4 only makes matters worse for any needed recovery time.