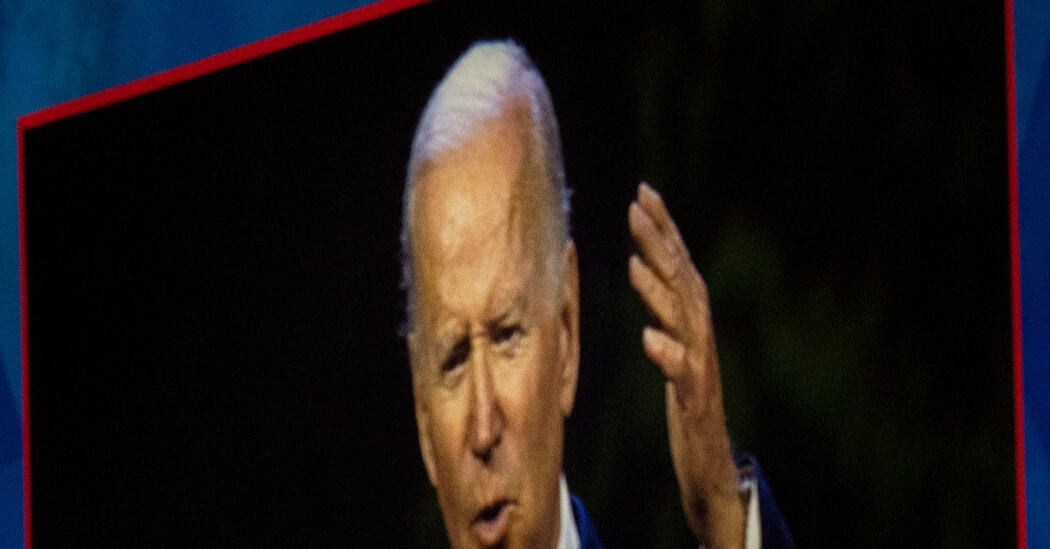 The Justice Department has been examining whether Hunter Biden broke tax and foreign lobbying laws, a matter that is expected to be resolved in the coming months. Regardless of what Attorney General Merrick B. Garland decides, he is likely to face accusations from Republicans that he gave the president’s son preferential treatment.

Still, Republicans have been divided about whether it is smart to talk about impeachment already.

In April, Representative Greg Murphy, Republican of North Carolina, told Fox News that there were “plenty” of grounds to impeach Mr. Biden, citing the border crisis, Afghanistan and other ways he said the president had committed offenses “against the heart and soul of this country.” The dilemma, Mr. Murphy said, was that Ms. Harris, who would become president if Mr. Biden were removed, was worse.

A few days later, a Fox News host played that clip for Representative Kevin McCarthy of California, who is likely to become speaker if Republicans take the House, and asked whether he would move to impeach Mr. Biden. Mr. McCarthy, the minority leader, accused Democrats of using impeachment “for political reasons,” which he said Republicans would not do. Still, he vowed to hold the Biden administration accountable and follow the facts.

“We believe in the rule of law,” Mr. McCarthy said. “We are not going to pick and choose just because somebody has power. We’re going to uphold the law. At any time, if someone breaks the law and the ramification becomes impeachment, we would move toward that. But we’re not going to use it for political purposes. “

But his comments drew immediate rebukes from a range of right-wing commentators and some lawmakers who had already endorsed impeachment resolutions. As the fallout from the Jan. 6 attack has shown – Mr. McCarthy at first said he would tell Mr. Trump to resign but then flipped to embracing him – he has a history of bending to his party’s winds.