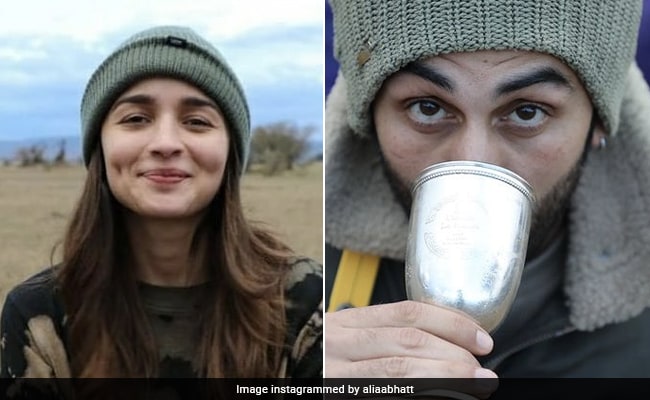 Alia Bhatt entered 2022 with his girlfriend Ranbir Kapoor by his side. The couple, who flew out of Mumbai a few days ago, celebrated New Year’s Eve together, photos that Alia Bhatt shared on her Instagram profile. Alia, who shares happy solo photos of herself and Ranbir Kapoor from the escape, referred to the popular Hakuna Matata song from Disney’s Lions King and wrote in its caption: “Give 2022 some hakuna matata energy. Be sure … smile … Be simple and love more! Happy New Year.” In the comments section, Alias’ mother Soni Razdan wrote, “Wise words.” Ranbir’s mother Neetu Kapoor dropped heart emojis. Arjun Kapoor commented: #nadaanparindeys.

Alia Bhatt also changed her Instagram profile picture. She shared a photo from her escape. The photo was shared by several fan sites.

Alia Bhatt and Ranbir Kapoor often go on holiday together. Last year, they celebrated New Year with each other’s families in Ranthambore. On Ranbir Kapoor’s 39th birthday, the couple went on a trip to Jodhpur. Alia Bhatt shared a glimpse of their date, and she wrote, “Happy birthday, my life.” See the post here:

Ranbir Kapoor confirmed his relationship with Alia Bhatt in a 2020 interview, referring to her as his “girlfriend” and saying that if it were not for the pandemic, they would have been married.

Alia Bhatt will next be seen in Sanjay Leela Bhansali’s Gangubai Kathiawadi and SS Rajamouli’s RRR. She will also participate Darlings, which she produces. She will also be seen in Farhan Akhtars Jee Le Zaraa with Priyanka Chopra and Katrina Kaif and Karan Johar’s Rocky Aur Rani Ki Prem Kahani with Ranveer Singh.

Other than Brahmastra, Ranbir Kapoor has shamshera, co-starring Vaani Kapoor and Sanjay Dutt, line-up. He will also be seen in an untitled film with Shraddha Kapoor. The actor will also star in Sandeep Reddy Vanga’s Animals, with Anil Kapoor and Parineeti Chopra.