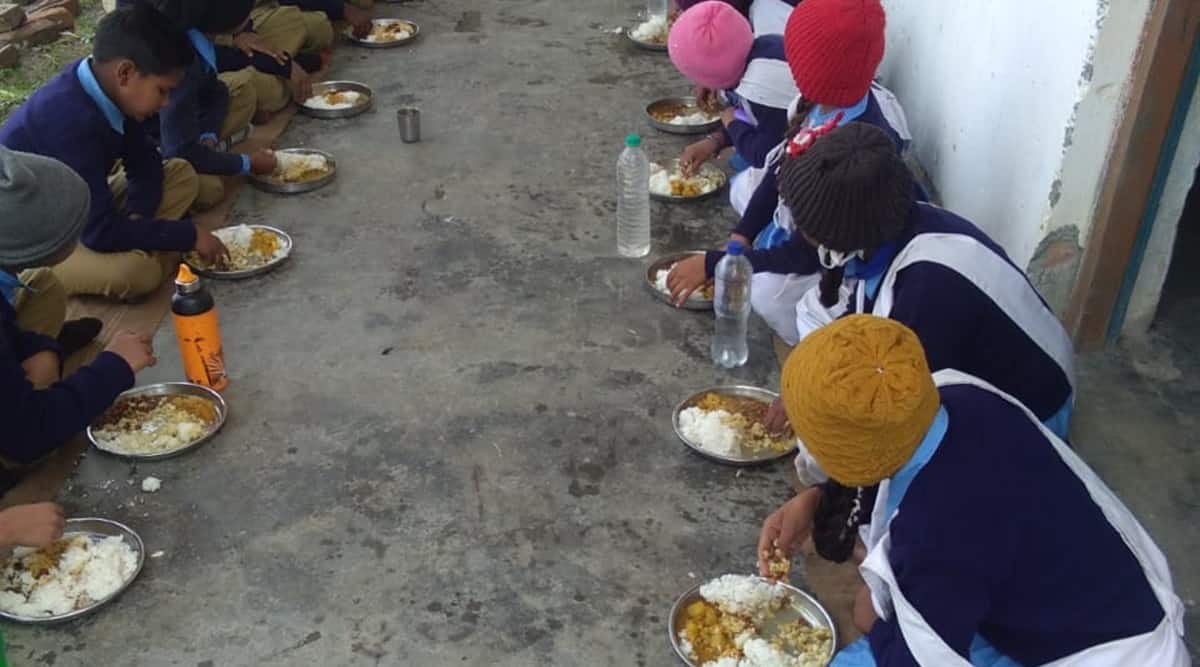 DE calls the post “bhojanmata”. It was the highest encomium Sunita Devi had ever received. It lasted for a full seven days, after which the Dalit chef from Swatantra Sangram Senani deceased Shri Ram Chandra Government Inter College in Jaul village in Uttarakhands Champawat district stood outside the job after protests.

On Friday, shortly after Sunita filed a complaint under the SC / ST Act and IPC Section 506 (criminal intimidation), the district administration announced that she would be reinstated.

Champawat Chief Education Officer (CEO) RC Purohit said Sunita will begin work from January 16 after the winter break. “Previously, she was removed because the correct procedure for her appointment was not followed,” he said. “Now she has been reinstated after proper procedure.”

Sunita, 32, said she had received information about her reinstatement. “I hope there will be no problems this time,” she said, adding, “I am both hopeful and insecure.”

The parents protesting Sunita’s appointment had quoted a “violation” rule. Principal Prem Singh, who is himself a Dalit, pointed out, however, that the school, with a majority of the students’ caste, has not had a Dalit as a chef in the 10 years he has been in the job, despite the official criteria for post prioritization of “a non-general (category) employment”.

The hunt for a new chef had begun in October when one of the two preparing dinner meals for students in grades 6 to 8 (school is until 12) retired. Singh said he advertised locally on October 28, and six people – five from the general category and one from a planned cast – applied.

“The rule for the appointment is that the person must be BPL. But none of the six passed that criterion. I informed the School Management Committee (SMC, which includes parents) and the Parents-Teachers Association that we needed to invite more applications. The previous ad also did not mention that SC, ST and OBC graduates would be given priority. Therefore, a new notice was sent out on November 12, and we received five applications, ”said Prem Singh.

After this, said the principal, a committee of four members elected Sunita Devi, whose two children are studying at the school, after finding out that she met all the requirements.

But PTA President Narendra Joshi refused to sign the appointment. Rector Singh claimed that Joshi at a meeting where he was not present was supported by some other parents who objected to a Dalit chef. “Excited about it, some others from the SC community went out. Those who remained agreed on the name Pushpa Bhatt, which belongs to the general category.”

Singh said the rules require that if a Dalit is not selected for a job, a NOC must be obtained from all applicants regarding the alternative name. While the NOCs were awaited, on December 4, Sunita’s name was sent to the Block Education Officer for approval. When the school needed a cook urgently, Sunita began work on December 13th.

About two to three days later, the boycott began, with over 40 students in the general class refusing to eat the meal she had prepared. On December 20, Sunita was told not to come.

A few days later, the 21 Dalit students at the school retaliated by refusing to eat the meal prepared by Vimlesh, the other chef, saying she was a Brahmin.

Purohit said the children refused to eat the food, not because of caste prejudices, but because of an “ego-fight” over the appointment. “The appointment of bhojanmata is carried out by the principal and the SMC. Later, approval is given by the deputy education officer,” Purohit said, adding that principal Singh was wrong in seeking more names after the first round of selection.

At the same time, the CEO admitted that the caste divide is ingrained among the students. “It was not easy for us to make them understand … In the end, they listen more to their parents.”

Inter College, located about 27 km from Tanakpur tehsil, has 66 students on the rolls up to grade 8, who are entitled to a dinner meal. Of these, 45 belong to the general category, while 21 are Dalits.

PTA President Joshi accepted caste bias in the area, which is dominated by Brahmins by a two-thirds majority. He stressed, however, that the boycott started primarily due to the principal appointing Sunita despite the parents agreeing on another name, Pushpa Bhatt. According to him, Bhatt had a higher claim that the position was BPL like Sunita, as well as being a single mother and thus “worse off”.

Sunita, a mother of boys in grades 6 and 8, respectively, says that when her husband, who performs small jobs, lost income after the Covid closure, the salary of Rs 3,000 a month as a school cook had come as a lifeguard. She accused the administration of being under pressure, saying that on the second day of her job, locals, including parents, gathered at the school and held a protest.

“We had prepared daal-chawal. About 20-25 of them arrived before lunch time. I heard them say that my cooking was a lack of respect for them. When lunch started, several bedridden children boycotted it. Some convinced others to boycott as well, ”said Sunita, adding that the children only did what they were told.

Asked if Sunita would be accepted by the parents now, Purohit said, “We can not say this with full confidence.” He added: “Their main problem was the illegal appointment and they should have no problem now. If some people are causing trouble, legal action should be taken against them.”

Following Sunita’s complaint, a case against 30 people was registered. Champawat SP Devendra Pincha said all the accused are from Sukhidang and the surrounding villages and no one has been arrested so far.

More than herself, Sunita said, she was in pain because of her two sons. “They never knew about these throwaways, but now, after my humiliation, they have begun to inquire into these things. They must have felt bad. Everyone wanted to. “