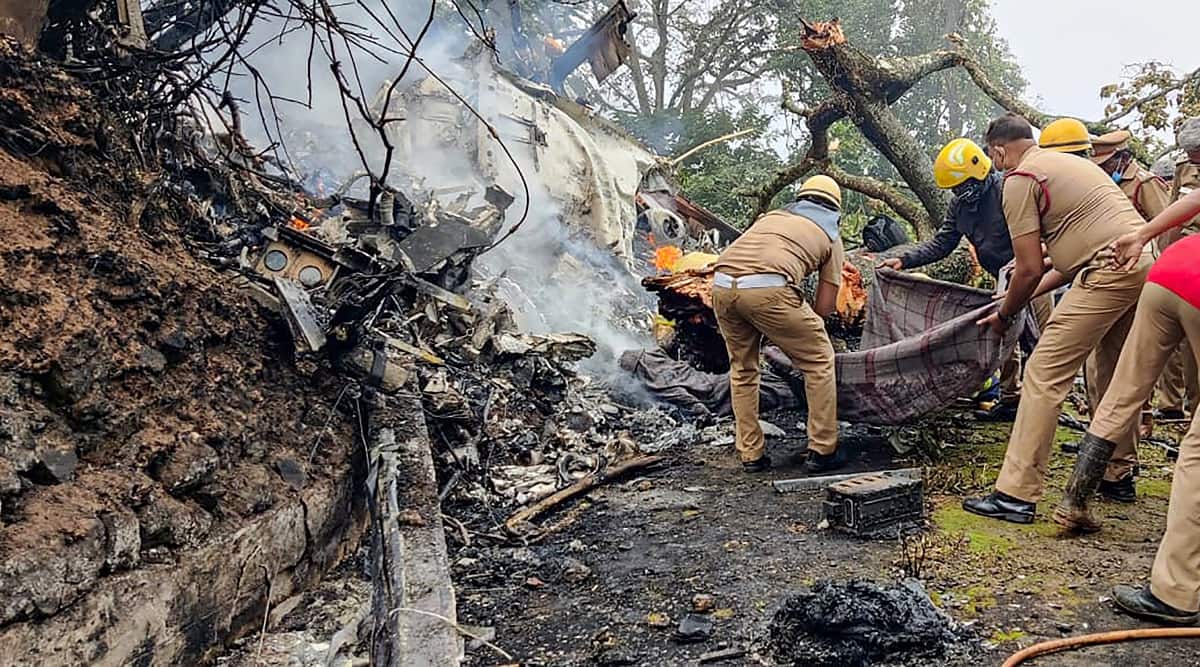 There is no official word from the Air Force about the probe’s results so far. Sources suggested that the probable cause is not human or technical faults, but what is known as Controlled Flight into Terrain (CIFT) when the pilot accidentally hits a surface.

CIFT means the helicopter was airworthy and the pilot was not at fault, sources said. In this case, reduced visibility due to bad weather in the Coonoor area where the crash happened could be one of the reasons, they said. CIFT is one of the main causes of plane crashes globally.

Air Force officials said the final report will shed light on the details of the crash.

The tri-service investigation court is headed by Air Marshal Manvendra Singh, who is the country’s best helicopter pilot in the armed forces. The right of inquiry was ordered by the Chief of Air Staff, Air Chief Marshal VR Chaudhari. Prior to submission, the results will be legally examined to ensure that all protocols were followed in the probe.

The helicopter’s black box had been restored shortly after the crash, and the probe included going through the Flight Data Recorder (FDR) and the Cockpit Voice Recorder (CVR).

The other 13 in the Air Force’s Mi-17v5 helicopter, including Rawat’s wife, and a dozen military personnel. The helicopter had crashed on December 8, when it was on its way down to land in the middle of bad weather. General Rawat was on his way to Defense Services Staff College in Wellington.

On December 9, Defense Minister Rajnath Singh had informed Parliament that the helicopter had taken off from Sulur Air Base at 1 p.m. 11.48 and was expected to land in Wellington at. 12.15.

The flight control at Sulur Air Base lost contact with the helicopter at approx. 12.08.

Local residents had spotted a fire in the woods near Coonoor and rushed to the spot where they observed the wreckage of the helicopter engulfed in flames, Singh had said.