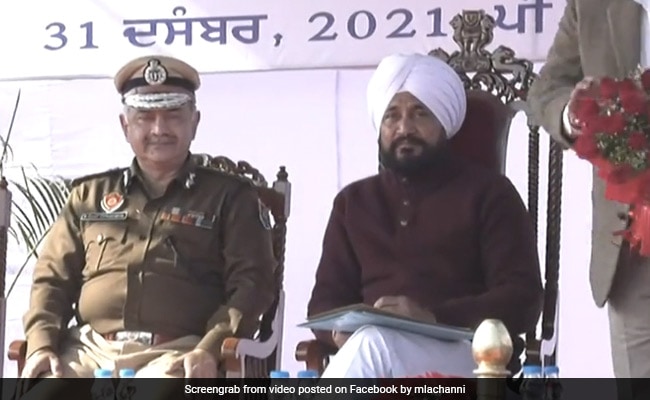 The question of who scares whom to soil their pants – police or criminals – is now the subject of a surreal back and forth between Punjab’s Prime Minister Charanjit Channi and Prime Minister Navjot Sidhu, whose saliva rumbles by itself with an election to the assembly. in two months.

On Friday, Mr Channi hit back at Mr Sidhus’ boast last month that MLA Navtej Singh Cheema could “get a policeman to wet his pants”. Mr. Channi urged police not to worry about the comment and assured them that it was actually criminals who wet their pants by seeing them.

“Those who are criminal and antisocial elements … their pants get wet from seeing a Punjab police officer,” said the Prime Minister at a function in the Punjab Armed Police (PAP) complex.

Mr. Channi’s reply comes after Navjot Sidhus’ statement at a campaign event in the Kapurthala district.

For the sake of good order, the former Indian cricketer then repeated his “Navtej Cheema can make one”thanedar‘policeman wet his pants’ remark at a rally in Punjab’s Batala.

When reporters asked him about his remark, Mr. Sidhu that it should not be taken literally. He said it was a way of saying that Congress was “exercising authority”.

The controversial remark has sparked furious protests from all sides, including Mr. Sidhus party, which has been quick to condemn him for potentially stopping soft voices.

Ravneet Singh Bittu, MP from Punjab’s Ludhiana, has supported state police personnel and praised them for their handling of terrorist activities and COVID-19.

“Primarily, Whatever has been said about the police, I apologize… “he said, adding,” “How will they protect people if we use the wrong words against them …”

#WATCH | It is very shameful that a senior leader insults police force that gives him protection. Without police, even a rickshaw puller will not obey their instructions: Chandigarh DSP Dilsher S Chandel on Punjab’s Congressman Navjot Singh Sidhus remarks against police (25.12) pic.twitter.com/W1EjjhTkLs

Former Prime Minister Amarinder Singh – a congress veteran for over 40 years who left the party after a bitter public feud with Mr. Sidhu (and now allied with the BJP) – also struck out, as did Akali Dal leader Daljit Singh, who had questioned the prime minister’s silence over the “wet pants” remark.

Chandigarh DSP Dilsher Singh Chandal has filed a defamation suit against Sidhu to “humiliate the police”, and a video message from a younger police officer, Deputy Inspector Balbir Singh from Jalandhar, has been widely shared; “our children ask why such a language is being used against us …” he said in the clip.

With input from ANI, PTI