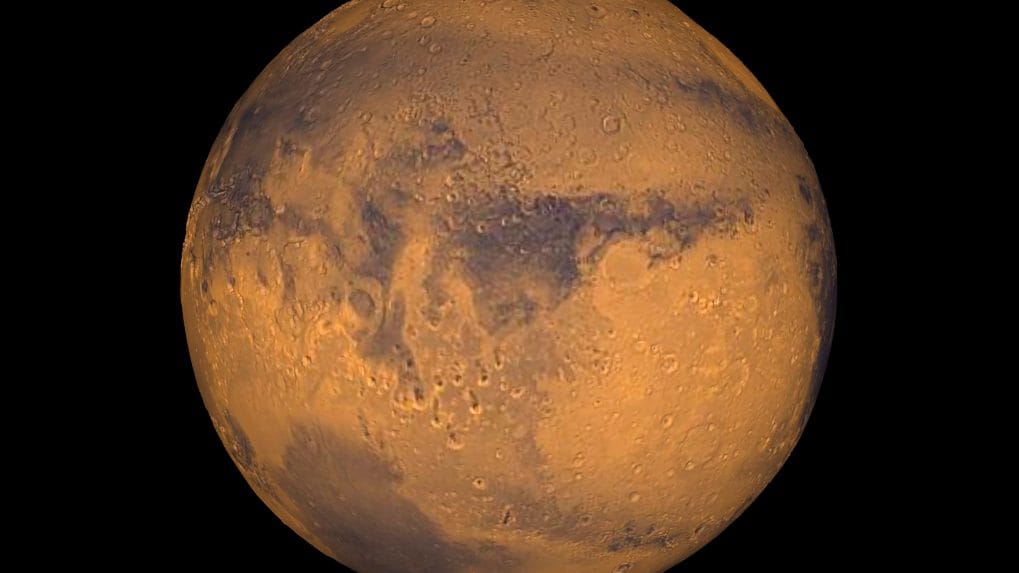 Mars is seen by some as the ideal planet for a possible extraterrestrial colony once humanity can pass Earth. The red planet has many climatic phenomena similar to those found on Earth. Clouds, storms and more can be seen on the surface of Mars, but many have asked if a rainbow can be found on the planet’s surface.

U.S NASA space agency has decided to remove all doubt in a post on social media where planetary scientist Mark Lemmon explains why there are no rainbows on Mars.

The reason is down to the nature of water present on the planet. While Mars has both sunlight and water, the mere presence of these two factors is not enough. In order for rainbows to be created, the water must be in its liquid state of matter. Neither hail nor snow can create a rainbow, but only rain can.

The surface of Mars usually results in precipitation in forms other than rain due to freezing temperatures on the planet.

In addition, Mars would need a much larger amount of rain and thus water to create rainbows. The amount of precipitation on the surface of Mars is too small, and the volume too small compared to that of Earth, to create a rainbow properly.

But what about the rainbow image that the Perseverance rover had captured from the surface of Mars, where an image clearly showed what looked like a rainbow across the sky? As NASA had explained in a Twitter post in response to the viral image, this was a lens flare and not a rainbow.

Many have asked: Is it a rainbow on Mars? No. Rainbows are not possible here. Rainbows are created by light reflected from round water droplets, but there is not enough water here to condense and it is too cold for liquid water in the atmosphere. This bow is a lens flare. pic.twitter.com/mIoSSuilJW

Therefore, even though Mars may one day be home to the first space colony for humanity, certainly if the tech billionaire Elon Musk has its will, the future colonists will not witness any rainbows at some point without extreme changes in the atmosphere of the red planet.