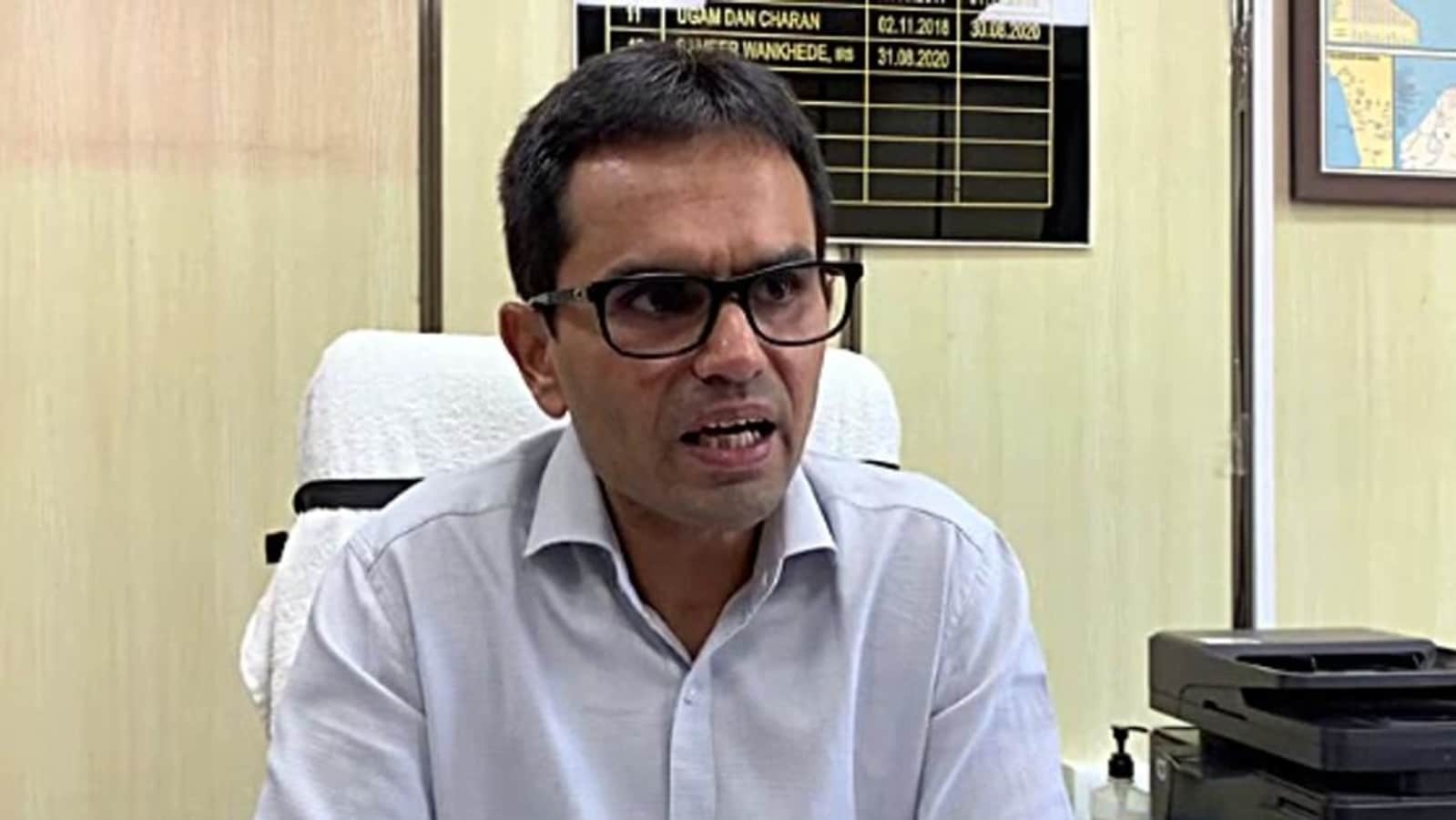 The term of office of the Narcotics Control Bureau (NCB) Mumbai Zone Chief Sameer Wankhede, which was marked by controversy, is set to end on Friday 31 December. Wankhede, a 2008-batch Indian Revenue Service (IRS) officer, had been in a spot after the arrest of Bollywood star Shah Rukh Khan’s son Aryan Khan in the drug-on-cruise case.

Earlier this month, Wankhede confirmed he will not seek an extension of his tenure with NCB. It is not yet clear where he will be posted after his NCB deputation ends, according to officials following the case.

Sameer Wankhede’s eventful tenure in the NCB is most notable for investigations into the alleged Bollywood drug syndicate following the suicide of actor Sushant Singh Rajput. Starting with actress Rhea Chakraborty, several high-profile Bollywood personalities were questioned and arrested by the NCB under Wankhede, who has been in a deputation to the central agency since September 2020.

In October this year, a team led by Sameer Wankhede allegedly found drugs during a raid on a cruise ship off the coast of Mumbai and arrested Aryan Khan along with others. But subsequently, questions were raised about the credentials of independent witnesses used by the NCB during the raid, and it was also alleged that there was an attempt to extort money from Shah Rukh Khan by anti-drug bureau officials.

Maharashtra minister and leader of the Nationalist Congress Party (NCP) Nawab Malik also raised a barrage of accusations against Wankhede, claiming that the officer was born a Muslim but later forged a caste certificate to get a job in the planned caste quota (SC).

Although Wankhede denied the allegations and his father filed a lawsuit against Malik, the allegations caused a stir on social media. Several high-profile cases, including that of Aryan Khan and that of Nawab Malik’s son-in-law, were transferred from NCB Mumbai to a special investigation team formed by the head office.