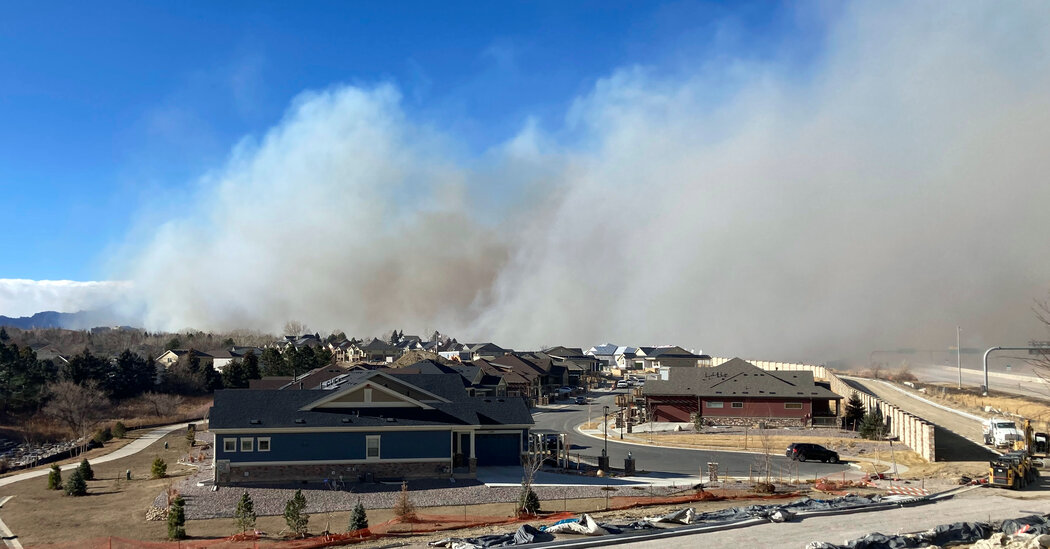 Forest fires triggered by strong winds on Thursday forced the evacuation of more than 30,000 residents in two Colorado municipalities in Boulder County.

An emergency operations center was activated to counter three active fires, according to the Office of Emergency Management. The fire south of the town of Boulder, which threatens Superior and Louisville, is called the Marshall Fire.

Nearby towns are on high alert over the rapidly spreading fires. While there were no active fires in the town of Broomfield yet, police were announced pre-evacuation orders.

“Prayers for thousands of families evacuating from the fires in Superior and Boulder County,” Governor Jared Polis said on Twitter. “Fast wind spreads the flames quickly, and all planes are put on the ground.”

This is a development story.