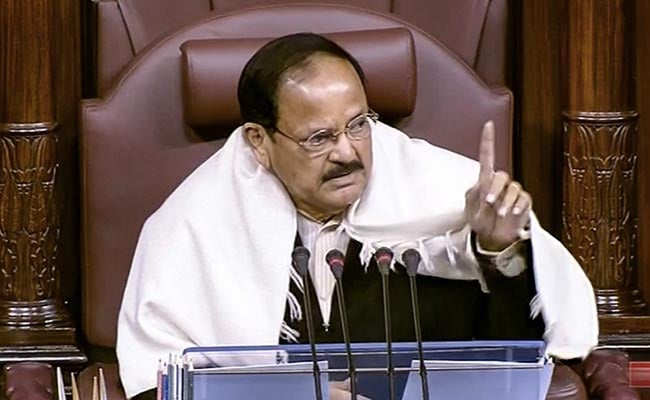 Parliament’s winter session began on 29 November and is scheduled to end on 23 December.

Shortly after the presentation of the listed papers and reports, Rajya Sabha President M Venkaiah Naidu adjourned Parliament indefinitely. The upper house had witnessed several disturbances during the session following the suspension of 12 opposition party members for their “unruly” behavior in the previous session in August.

“Rajya Sabha functioned well below its potential,” said President Venkaiah Naidu. “I urge you to introspect and reflect on how this session could have been different and better. I have a very critical attitude,” Mr Naidu added during his speech to MEPs.

Rajya Sabha witnessed persistent protests from the opposition over the suspension of 12 MPs as well as demands to remove the younger interior minister over the Lakhimpur Kheri violence. The session also saw protests over the hasty way in which the bills were passed, in particular the important bill on electoral reforms, which asks to link the voter ID card to the Aadhaar card.

The winter meeting had 18 meetings and witnessed the adoption of key legislations such as the bill repealing agricultural laws and the bill on electoral laws (amendments).

The session lost 18 hours and 48 minutes due to disturbances by opposition members over a range of issues such as price increases and Lakhimpur Kheri violence.

Parliament’s winter session had begun on 29 November and was scheduled to end on 23 December.