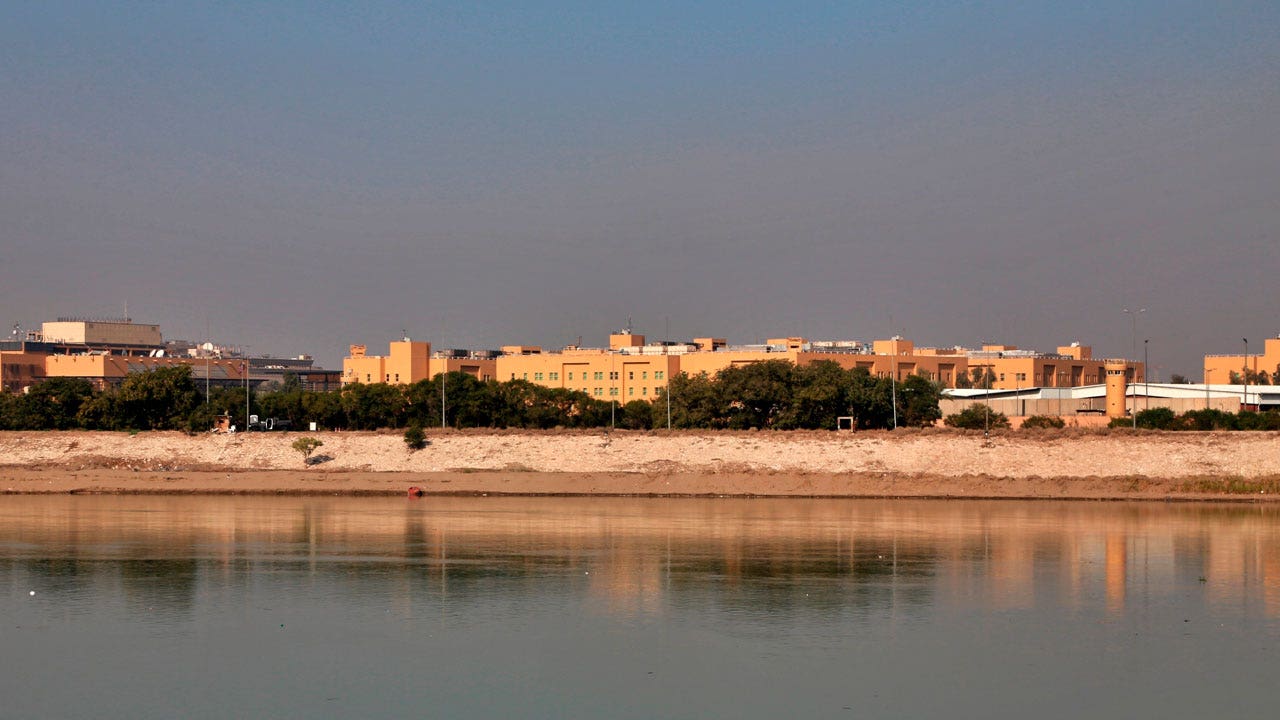 Two rockets were fired in the direction of the US Embassy in Baghdad Saturday, when one of them was shot down by the U.S. military and the other missed the embassy area, Fox News confirmed.

The rocket that was shot down was hit by a US C-RAM (counter rocket and mortar anti-missile) defense system, according to a US defense official.

The embassy is located in the protected green area of ​​the Iraqi capital.

US TO KEEP TROPS IN IRAQ FOR THE FUTURE FUTURE, SAYS SECOND COMMANDER

The rocket, which missed the embassy area, landed near the Grand Festivities Square area near the green zone, damaging two civilian vehicles, The Jerusalem Post reported.

There were no immediate reports of injuries, It writes the Australian Associated Press.

The US Embassy is seen from across the Tigris River in Baghdad, Iraq, January 3, 2020. (Associated Press)

None group had yet to take responsibility for the rocket fire, said the report.

The incident came ahead of a deadline set by the end of the year set by Iranian-backed militias for the United States to withdraw its forces from Iraq, according to the Post.

On December 9, the top US chief became Middle East said the United States would keep the current 2,500 troops inside Iraq in the foreseeable future, and he warned that he expected increasing attacks on U.S. and Iraqi personnel from Iranian-backed militias determined to get U.S. forces out.

Marine General Frank McKenzie told The Associated Press at the Pentagon that despite US forces switching to a non-combat role in Iraq, they would still provide air support and other military assistance to Iraq’s fight against the Islamic State group.

Fox News’ Jennifer Griffin and The Associated Press contributed to this story.