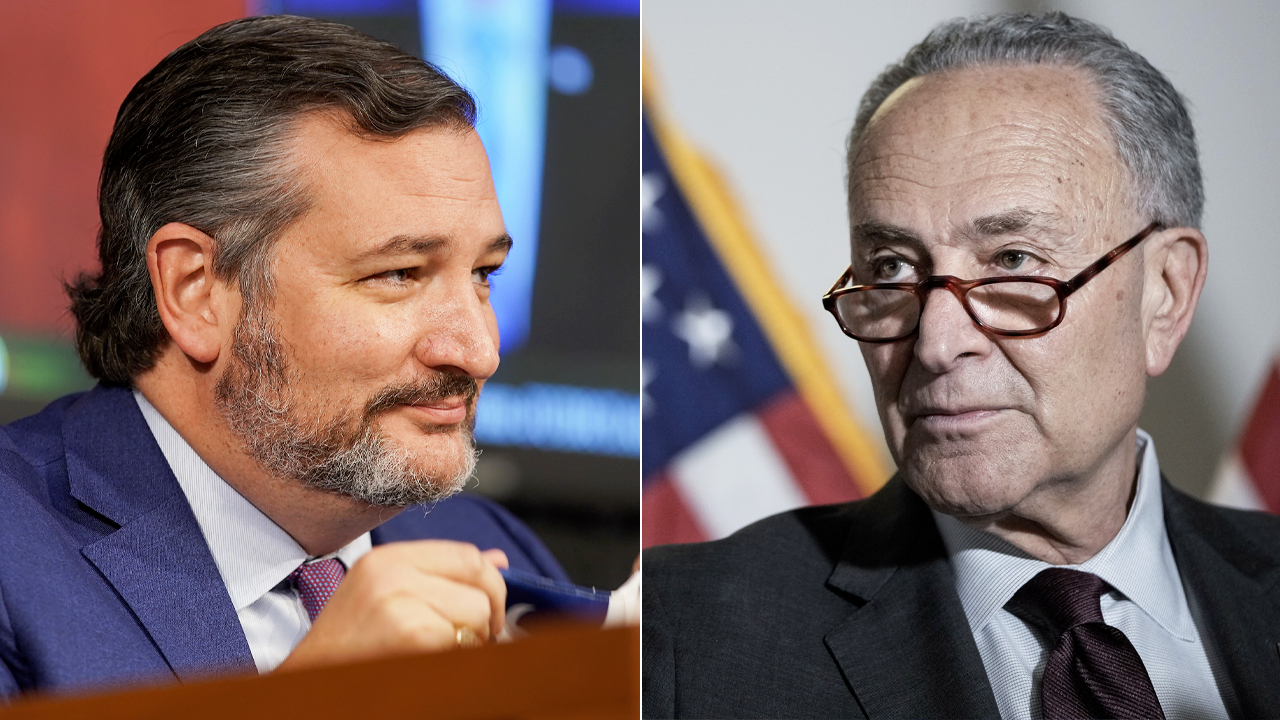 Cruz has invoked the limited powers of the Senate minority to block President Biden’s nominations to occupy top foreign positions in protest of the president’s reversal of sanctions on the Nord Stream 2 pipeline.

But an agreement was reached between Schumer and Cruz on Friday night, Fox News confirmed on Saturday. Cruz agreed to have 32 of the president’s nominees pushed through the upper house in return for a vote on sanctions enforcement in early January 2022.

Republicans have repeatedly challenged the president’s decision in July, which allowed unhindered construction of the major pipeline that will pump Russian gas into the EU.

The Biden administration said the decision was made to maintain U.S.-German connections as the pipeline would direct gas directly into Germany. But Republicans claim the move opened Ukraine to Russian aggression.

Fox News could not immediately reach the White House or Schumer to get a comment on the deal that could open the pipeline back to U.S. sanctions.

A source familiar with the negotiations told Fox News that the likelihood of sanction approval coming through the Senate is “generally high.”

But it remains unclear whether Republicans would be able to gain sufficient support in the lower house to override a presidential veto if it reached the president’s desk.

Despite previous reluctance to implement sanctions on the pipeline, recent steps taken by Germany and comments from the Biden administration suggest that the power could reverse Nord Stream 2 sanctions.

Germany slowed progress on the pipeline last month when a German regulator suspended the certification process for the pipeline due to a legal paper problem.

In addition, Germany’s Minister of Economic Affairs and Climate Action, Robert Habeck, warned Russia of “serious consequences” and threatened to block the completion of the pipeline if the Kremlin attacked Ukraine. reported DW Saturday.

A similar tone was adopted by US National Security Adviser Jake Sullivan last week when he suggested the pipeline could be used as a negotiation card to deter Russian aggression.

“The fact is that no gas is currently flowing through the Nord Stream 2 pipeline,” he told reporters. “Which means it’s not working.

“Yes, it is a lever for the West, because if Vladimir Putin wants to see gas flow through that pipeline, he may not want to take the risk and invade Ukraine,” Sullivan added.

Russian President Vladimir Putin is holding a video conference to address participants in a congress of the United Russia party marking the 20th anniversary of the party’s founding in Moscow, Russia.

Republicans have long argued that the pipeline would strengthen the Kremlin and pose a greater threat to European energy security. But the argument about sanctions seems to have shifted and is no longer a debate about if, but when.

While Republicans on the hill have called for preventive sanctions, Democrats are only expected to support the implementation of sanctions if Russia invades Ukraine – a move Ukrainian President Volodymyr Zelenskyy has warned against.