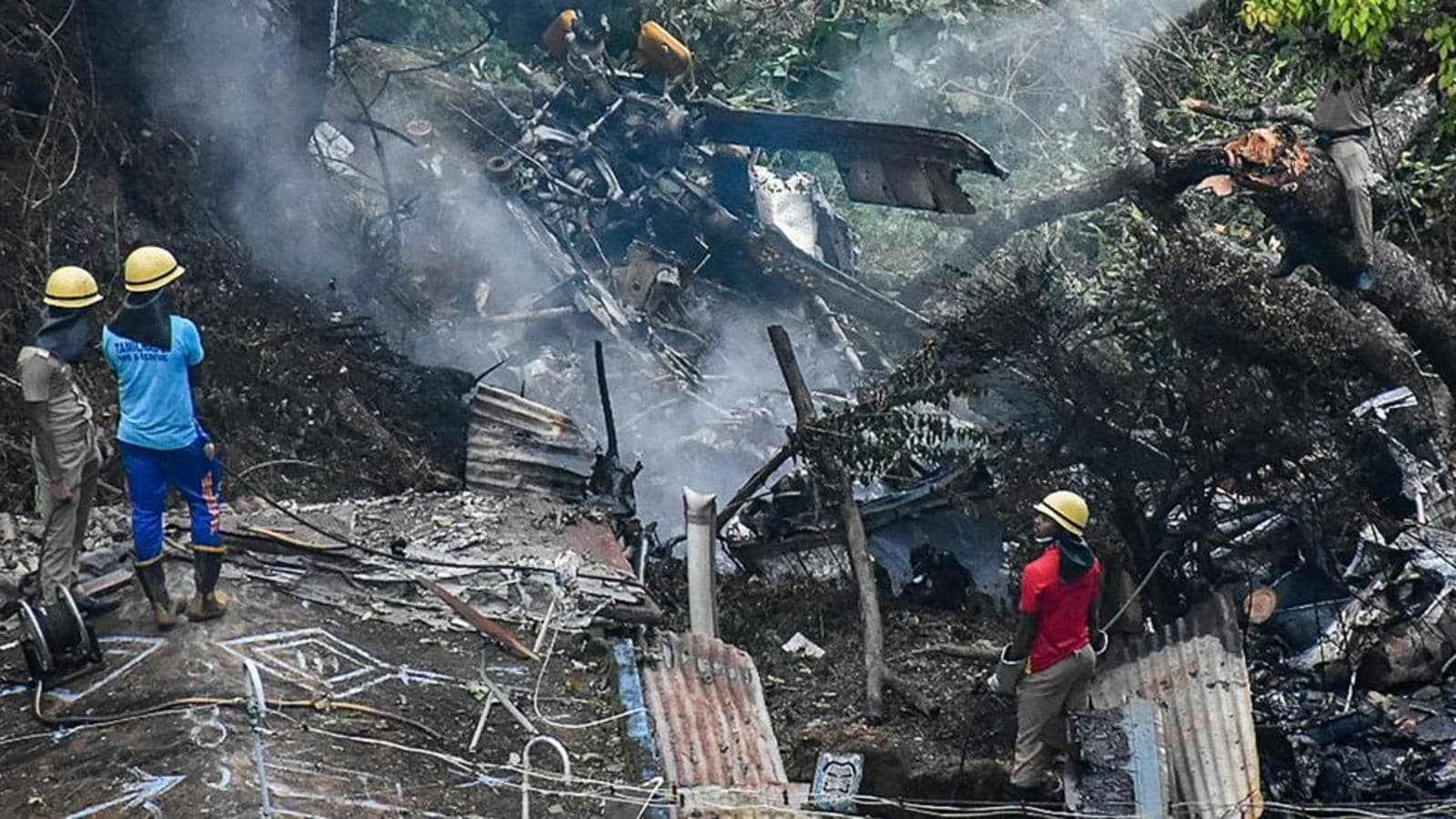 Air Chief Marshal Vivek Ram Chaudhari said on Saturday that protocols for VVIP flights will be reviewed after a top-flight panel released its report on the Coonoor helicopter crash, in which 14 people, including India’s First Chief of Defense (CDS) General Bipin Rawat, were killed.

“The VVIP protocols for flying will be reviewed. The review will be based on the investigative court’s findings of the crash,” he said in connection with a departure parade at the Air Force Academy in Dundigal near Hyderabad

Air Marshal Manavendra Singh, the IAF’s chief helicopter pilot and currently serving as the commander – in – chief of the IAF’s Bengaluru – based training command, is investigating the CDS chopper crash. Singh has defied death several times in his 39-year military career, including once during one of the most serious emergencies in IAF history involving the Russian Mi-17 helicopter.

Rawat and the others were killed in a Mi-17V5, an advanced variant of the Mi-17, crashed near Coonoor in Tamil Nadu. Those killed included the only survivor of the crash, group captain Varun Singh, who died Wednesday after fighting for his life for a week. The others died instantly on December 8th.

The investigation into the accident is likely to be completed in a few weeks.

“I do not want to prejudge the results of the investigative court, as it is a thorough process. It will examine every single angle and look at every single aspect of what could have gone wrong and come up with appropriate recommendations and results, ”said Chaudhari.

The CDS helicopter crash, which sent shock waves not only through the Indian military establishment but across the country, has been called a devastating setback for the ongoing military reforms and raised questions of succession in the armed forces.

At present, it is not clear what went wrong with the helicopter in the last moments of the crash, although the weather in the area where it crashed did not have good visibility.

Rawat was visiting the Defense Services Staff College (DSSC) in Wellington to give a speech when the helicopter crashed.

Mi-17V5 took off from the Sulur air base at 11.48 and was scheduled to land in Wellington at. 12.15. But the flight control at Sulur lost contact with the helicopter at 12.08, as it was only seven minutes from the destination.

The Air Force currently operates about 145 such helicopters — considered advanced, reliable and secure. India has contracted 151 Mi-17V5 helicopters from Russia, and at least six of them have been lost in accidents since their introduction a decade ago.

The Mi-17V5 is developed by Russian helicopters and is designed to transport personnel, cargo and equipment. It can also air attack forces behind enemy lines.

The helicopter, capable of day and night missions in bad weather, is equipped with modern aircraft electronics, a self-defense system and advanced features that significantly improve its survivability.

The Mi-17V5, which has an armored cockpit, can be equipped with rockets, cannons and handguns for offensive roles. It has a service ceiling of 6,000 meters, a top speed of 250 km / h and a maximum range of 1,180 km with additional fuel tanks.

Chaudhari said India was constantly evaluating the threats from Pakistan and China and was well aware of the situation at the borders. “The stand-off with China is still ongoing. Although a release of troops has taken place in certain areas of Ladakh, a complete withdrawal has not taken place. The IAF will continue to maintain deployment in forward-looking locations. We are prepared to take on any challenge we may face in that area, ”he added.