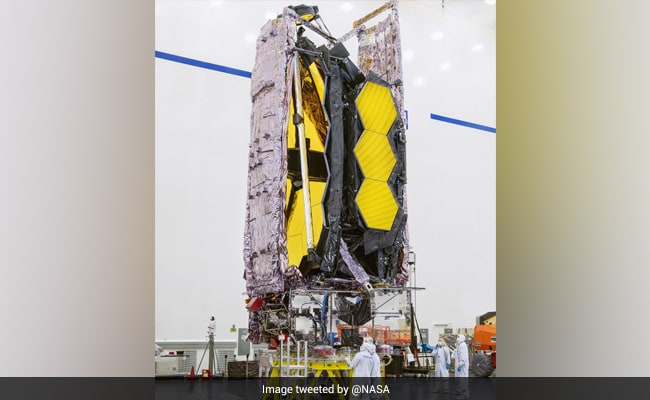 “The James Webb Space Telescope has been confirmed for launch on December 24,” the launch company tweeted

The very delayed launch of the James Webb Space Telescope will continue on December 24, NASA and the company overseeing the launch confirmed on Saturday.

The project, which began in 1989, was originally expected to implement the instrument – which will be the largest and most powerful telescope ever launched into space – in the early 2000s.

But several problems forced delays and a tripling of the telescope’s initial budget with a final price tag of almost $ 10 billion (8.8 billion euros).

The Webb telescope was built in the United States and transported to its launch site in Kourou, French Guiana this year with a scheduled departure date of 18 December.

“The James Webb Space Telescope has been confirmed for the target launch date on December 24,” the launch company Arianespace tweeted, adding that it would launch at 6 p.m. 12:20 GMT that day.

In confirmation of the launch date, NASA tweeted that the telescope was “encapsulated inside its @ Ariane5 rocket shell”.

It follows in the footsteps of the legendary Hubble Telescope, but will be located much further from the sun. It is hoped that it will reveal what the universe looked like, even closer to its birth nearly 14 billion years ago.

The new telescope is named after the late James E. Webb, who ran the young space agency NASA for much of the 1960s.