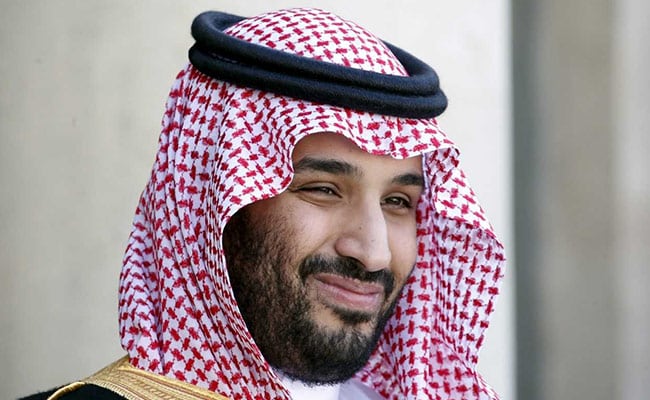 Prince Mohammed has sought to position himself as an advocate of moderate Islam. (File)

From greeting foreign leaders to chairing regional summits, Crown Prince Mohammed bin Salman takes over the reins from his elderly father and becomes the uncrowned king of Saudi Arabia.

With growing concern over the health of the nearly 86-year-old King Salman, Prince Mohammed, 36, is taking charge of presidential meetings and the reception of high-ranking officials, with the king rarely appearing in public.

While Prince Mohammed has been considered the de facto leader since his appointment as heir to the throne in June 2017, his growing stature has never been clearer than when he met with French President Emmanuel Macron in early December and chaired the summit in Gulf Cooperation Council. on Tuesday.

King Salman, who usually leads the annual meeting after warm embraces and friendly handshakes, was a no-show.

“The idea of ​​a crown prince being the de facto ruler of the country, meeting with foreign presidents and presiding over summits, happened only before, when Saudi kings were not in good health,” Yasmine Farouk of the Carnegie Endowment for International Peace said. AFP.

“The new thing is that there is now national and media acceptance of a parallel, even more important, role for the Crown Prince, even when King Salman fulfills all his duties.”

Since the outbreak of Covid-19, King Salman has resided in Neom, a futuristic development on the Red Sea.

His last meeting with a foreign official in Riyadh was in March 2020, when he sat down with the then British Foreign Secretary Dominic Raab, and his last trip abroad was to Oman to condole over the death of Sultan Qaboo in January 2020.

Prince Mohammed has sought to position himself as a champion of moderate Islam, even as his international reputation was hit by the assassination and mutilation of Saudi journalist Jamal Khashoggi in 2018 at the Kingdom Consulate in Istanbul.

The Crown Prince, also known as MBS, has opened Saudi Arabia to tourists and foreign investment in an attempt to diversify the economy of the world’s largest oil exporter economy away from crude oil.

He has overseen radical social changes, including allowing women to drive and work in the public sector, enabling citizens to enjoy the extra income and recreational opportunities that opened up across the country.

These changes have come with a repression of disagreement and freedom of speech.

He seemed even more open than his father to Israel, allowing its commercial aircraft to pass through Saudi airspace.

According to Kristin Diwan, of the Arab Gulf States Institute in Washington, Prince Mohammed has benefited from the king’s lifetime.

“His persistent presence conveys traditional authority to cover MBS ‘young and unconventional actions, while rarely hindering them,” she told the AFP news agency.

Saudi authorities did not say why King Salman was not present at Tuesday’s summit, especially when he gave a televised speech earlier in the week on the country’s budget.

Saudi government adviser Ali Shihabi, however, said the king is fine and just being careful.

“Reliable sources confirm that the king has excellent health, trains every day, etc., but is 86 years old and is uncomfortable wearing a mask and tends to want to shake hands and greet people warmly, so that extra expulsion caution to keep him safe and away from public mtgs, “Shihabi tweeted on Wednesday.

Prince Mohammed embarked on a Golf tour ahead of the summit, where he met with the leaders of the Gulf Cooperation Council member states.

“Any current agreement with the royal court is made only through the Crown Prince’s office,” a Western diplomat who spoke on condition of anonymity told AFP.

“The king is no longer in the picture … (Prince Mohammed) is no longer a king along the way, he is a king in the palace.”

His path to the throne is clear and has been so for some time, without any predictable obstacles, after he drove one rival after another.

“There is no identifiable source of effective opposition inside or outside the royal family,” said Hussein Ibish, a Washington-based Middle East expert.

He added that “MBS is actually becoming more prominent and powerful”.

Despite some concern that the international community does not want to deal with Prince Mohammed, especially after the Khashoggi assassination, a Riyadh-based diplomat said such fears “disappeared after Macron’s visit to Saudi Arabia”.

While US President Joe Biden has promised a tougher approach than his predecessor Donald Trump and has not yet communicated directly with Prince Mohammed, the administration has made it clear that this is inevitable.

“It’s only a matter of time,” said the diplomat, who spoke on condition of anonymity.