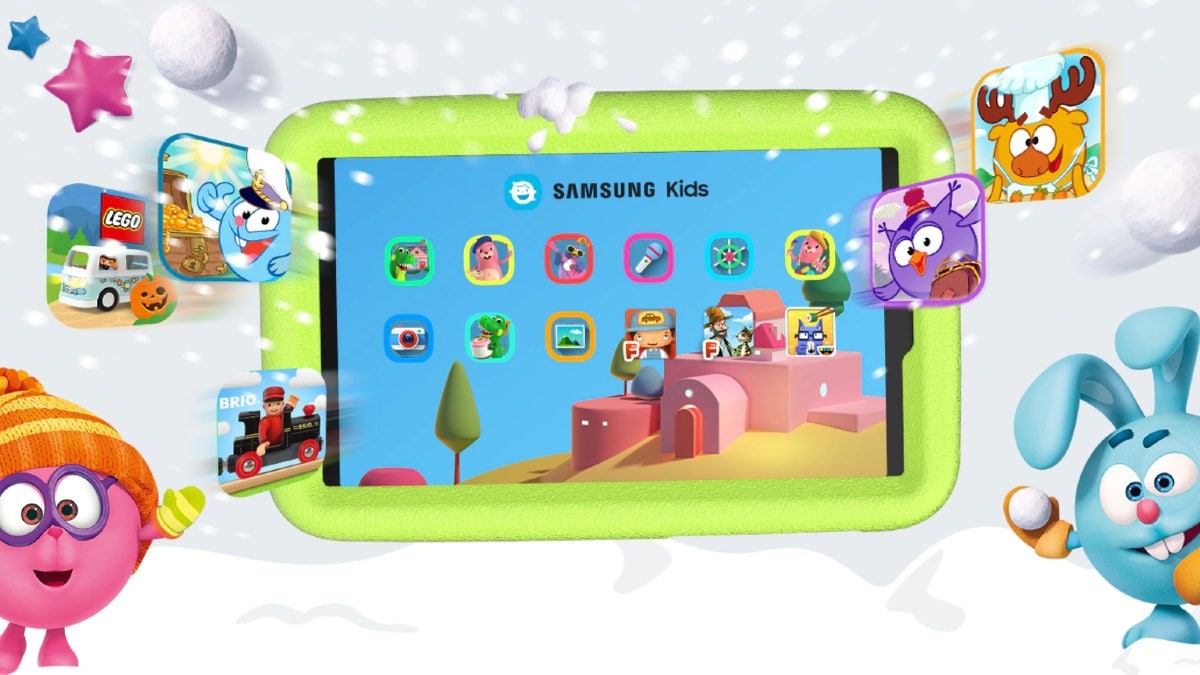 Samsung has released a child-oriented version of the Galaxy Tab A7 Lite in Russia. The tablet christened Samsung Galaxy Tab A Kids has been launched in collaboration with Smeshariki – a children’s brand in Russia. It comes preloaded with over 20 education and entertainment applications from partner brands like Lego. The tablet will also have a special interface with a digital assistant named Marusia, which is programmed to entertain children with stories, music and games. Samsung Galaxy Tab A Kids comes with a colorful protective cover / stand.

Samsung Galaxy A Kids has one launch price of 14,990 RUB (approximately 15,500 Rs.). It can currently only be purchased in Russia through official Samsung online store and retail stores in the country. The availability of the tablet in India and other markets has not yet been announced.

As previously mentioned, the Samsung Galaxy Tab A Kids has an interface designed specifically for children. It also packs parental controls to restrict access and configure the type of content available to children. The tablet comes with a shockproof case to protect it from accidental falls.

Samsung Galaxy Tab A Kids has a 5,100 mAh battery, which is claimed to last a full day of active use. The tablet has an 8.7-inch TFT touch screen with reduced frames. The screen has a resolution of 1,340×800 pixels. It is stated to pack a 2.3 GHz octa-core chipset, which is believed to be the MediaTek Helio P22T SoC that drives Galaxy Tab A7 Lite.

Samsung Galaxy Tab A Kids is a Wi-Fi tablet only that also supports Bluetooth v5.0 connectivity. It holds 3 GB of RAM and 32 GB of built-in memory (can be expanded up to 1 TB with a microSD card).

Is Samsung Galaxy F62 the best phone under Rs. 25,000? We discussed this Orbital, Gadgets 360 Podcast. Orbital is available at Apple Podcasts, Google Podcasts, Spotify, and wherever you get your podcasts.