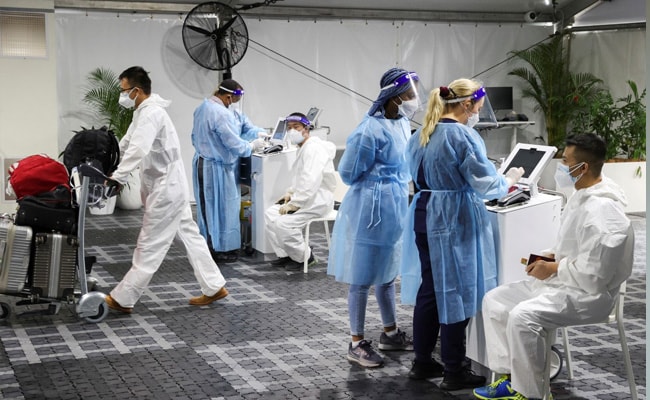 The study also says that Omicron shows no signs of being milder than Delta. (representative)

The risk of re-infection with the Omicron coronavirus variant is more than five times higher, and it has shown no signs of being milder than Delta, a study from Imperial College London showed as cases rise across Europe and threaten year-end celebrations.

The results were based on data from the UK Health Security Agency and the National Health Service on people who tested positive for COVID-19 in a PCR test in the UK between 29 November and 11 December.

“We find no evidence (for both the risk of hospitalization and symptom status) that Omicron has a different severity than Delta,” the study said, although it noted that hospitalization data remain very limited.

“With controls on vaccine status, age, sex, ethnicity, asymptomatic status, region and trial date, Omicron was associated with a 5.4-fold higher risk of re-infection compared to Delta,” the study, which was dated December 16, added.

“This implies that the protection against Omicron re-infection from previous infection can be as low as 19%,” Imperial College added in a statement, noting that the study had not yet been peer-reviewed.

A previous study by the UK’s SIREN, which looked at the risk of re-infection in healthcare workers, carried out before Omicron appeared, showed that a first coronavirus infection provided 85% protection from another in the following six months.

The data analyzed by Imperial College were based on 333,000 cases, including 122,062 by Delta and 1,846, which were confirmed as the Omicron coronavirus variant through genome sequencing.

The new results may accelerate the introduction of tighter restrictions across a number of European countries in an attempt to stem the spread of the new variant.