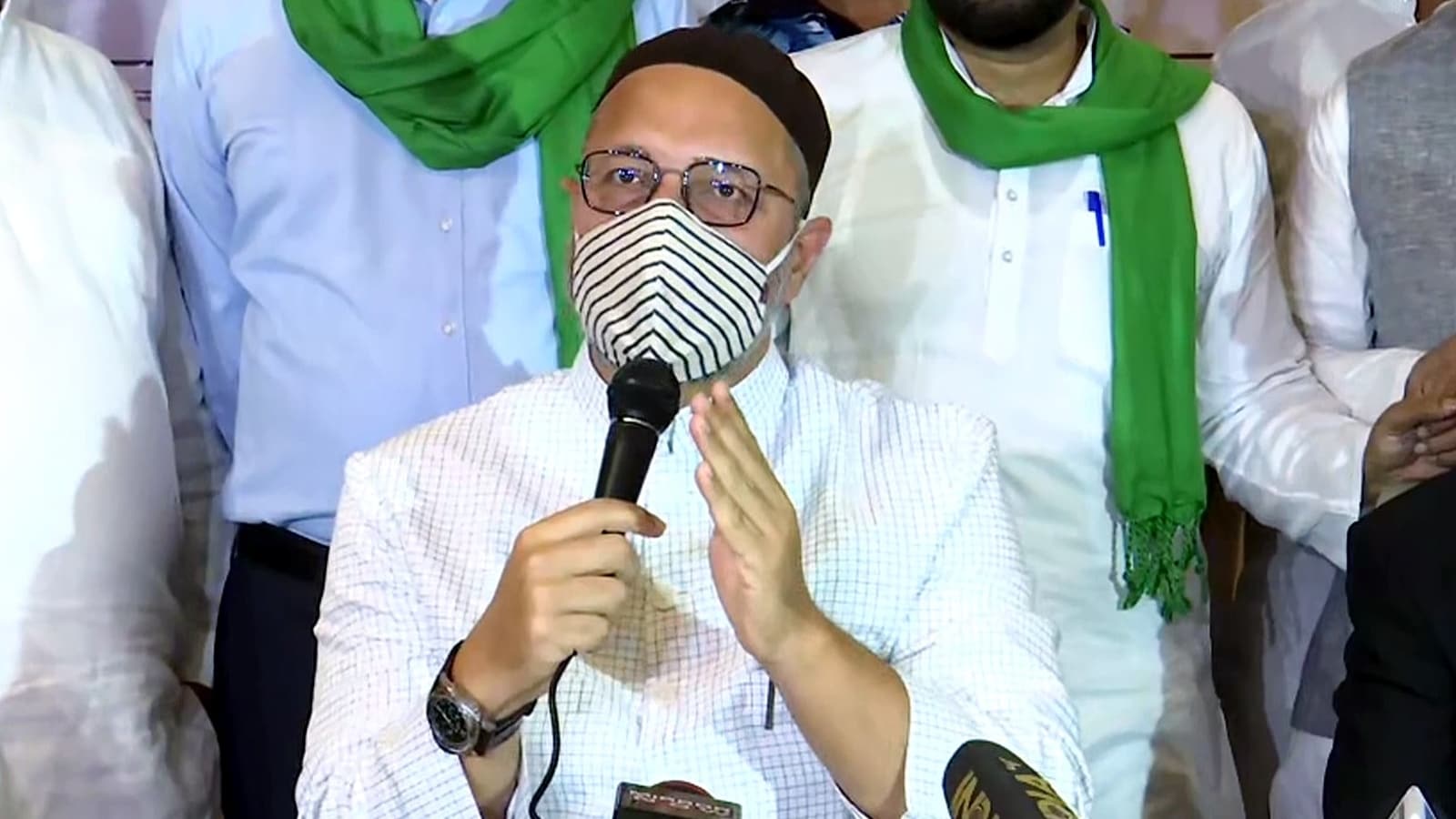 AIMIM chief Asaduddin Owaisi said both men and women should be allowed to be legally married as 18-year-olds, the age at which they can elect lawmakers and be treated as adults by law for all other purposes.

All-India Majlis-e-Ittehadul Muslimeen (AIMIM) President Asaduddin Owaisi blew up Prime Minister Narendra Modi-led government over their proposal to raise the legal minimum age for marriage for women. In a series of tweets, Owaisi said the decision to increase the marriage age for women to 21 is “typical paternalism that we have come to expect” from the central government. He believed that both men and women should be allowed to be legally married as 18-year-olds, the age at which they can elect legislators and be treated as adults by law for all other purposes.

“They can give consent to sexual relationships and live-in partnerships, but can not choose their life partners? Just ridiculous,” Owaisi tweeted.

The Lok Sabha MP from Hyderabad argued that education and economic prospects affect the age of marriage rather than the legality surrounding it. Owaisi highlighted the high number of child marriages but insignificant criminal cases against it, saying social reforms and government initiatives in education and human development are crucial to preventing child marriages.

“If Modi were sincere, he would have focused on increasing the economic opportunities for women. Yet India is the only country where women’s participation in the labor force is dwindling,” he wrote on Twitter. he: “It dropped to 16% in 2020 from 26% in 2005.”

It is important to improve their educational outcomes to ensure independent decision making. What has the government done to improve education for girls? 79% of ₹446.72 Beti Bachao Beti Padhao budget was spent on ads. Do you want us to believe that this government has sincere intentions? 7 / n

He said the marriage age in many U.S. states is as low as 14, and in Britain and Canada it is 16, adding that these nations improved the human development of young people so they can make “informed decisions instead of setting arbitrary age restrictions. . ”

“In contrast, the Modi government behaves like a Mohalla uncle. Deciding what we eat, who / when we get married, what God we worship, etc.,” Owaisi wrote.

“It’s time to stop thinking about young people as children forever. They must have room to think and decide for themselves, ”he added.