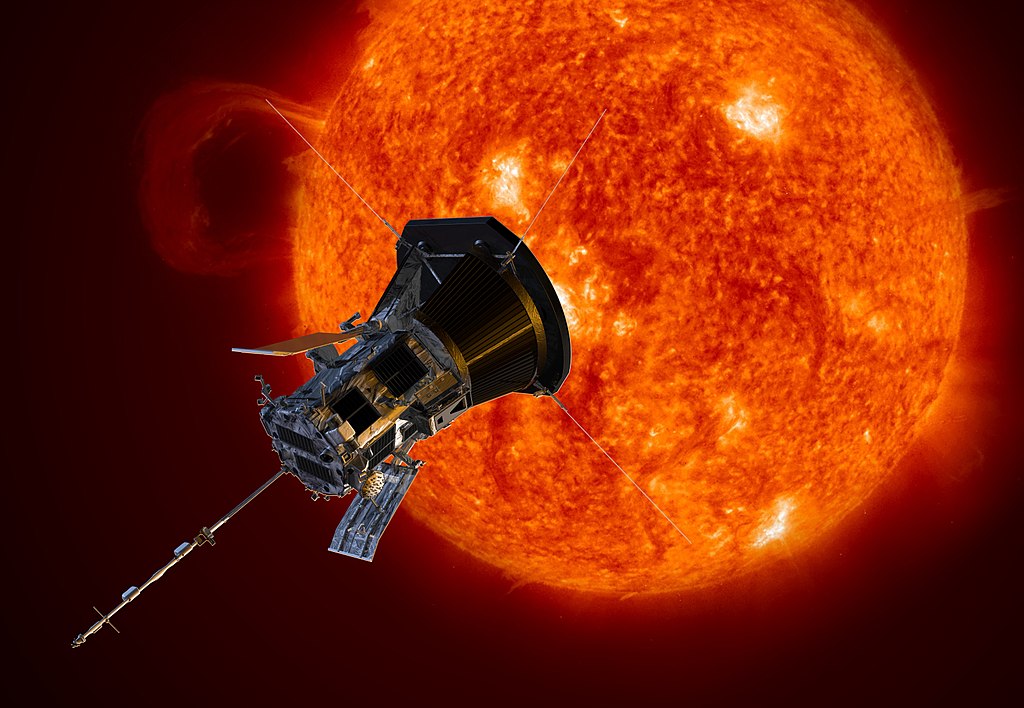 New Delhi: For the first time ever, a spacecraft has touched the Sun. NASA’s Parker Solar Probe has now flown through the Sun’s upper atmosphere, called the corona, and has taken samples of particles and magnetic fields there, according to a statement issued by the US space agency.

The new milestone marks a major step for the Parker Solar Probe and a huge leap for solar science. Just as landing on the Moon made it possible for scientists to understand how it was formed, touching the very things the Sun is made of will help scientists reveal critical information about our nearest star and its influence on the solar system, the statement said. .

“The Parker Solar Probe ‘touching the sun’ is a monumental moment for solar science and a truly remarkable achievement,” said Thomas Zurbuchen, associate administrator of the Science Mission Directorate at NASA’s headquarters in Washington.

“Not only does this milestone give us deeper insight into the evolution of our sun and its impact on our solar system, but everything we learn about our own star also teaches us more about stars in the rest of the universe.”

NASA said Parker is making new discoveries that other spacecraft were too far away to see. These include the flow of particles from the Sun that can affect us on Earth.

During the bypass, the Parker Solar Probe passed in and out of the corona several times. This has proven that Alfven’s critical surface is not shaped like a smooth ball. It rather has spikes and valleys that wrinkle the surface. Discovering where these protrusions fit in with solar activity coming from the surface can help scientists learn how events on the Sun affect the atmosphere and solar wind, NASA said.

The Parker Solar Probe was launched in 2018 to explore the mysteries of the Sun by traveling closer to it than any spacecraft before. Three years after launch, Parker has finally reached its daring mission.

Unlike Earth, the Sun does not have a solid surface. But it has an overheated atmosphere, made of solar material bound to the Sun by gravity and magnetic forces. As increasing heat and pressure push this material away from the Sun, it reaches a point where gravity and magnetic fields are too weak to contain it, according to the NASA Declaration.