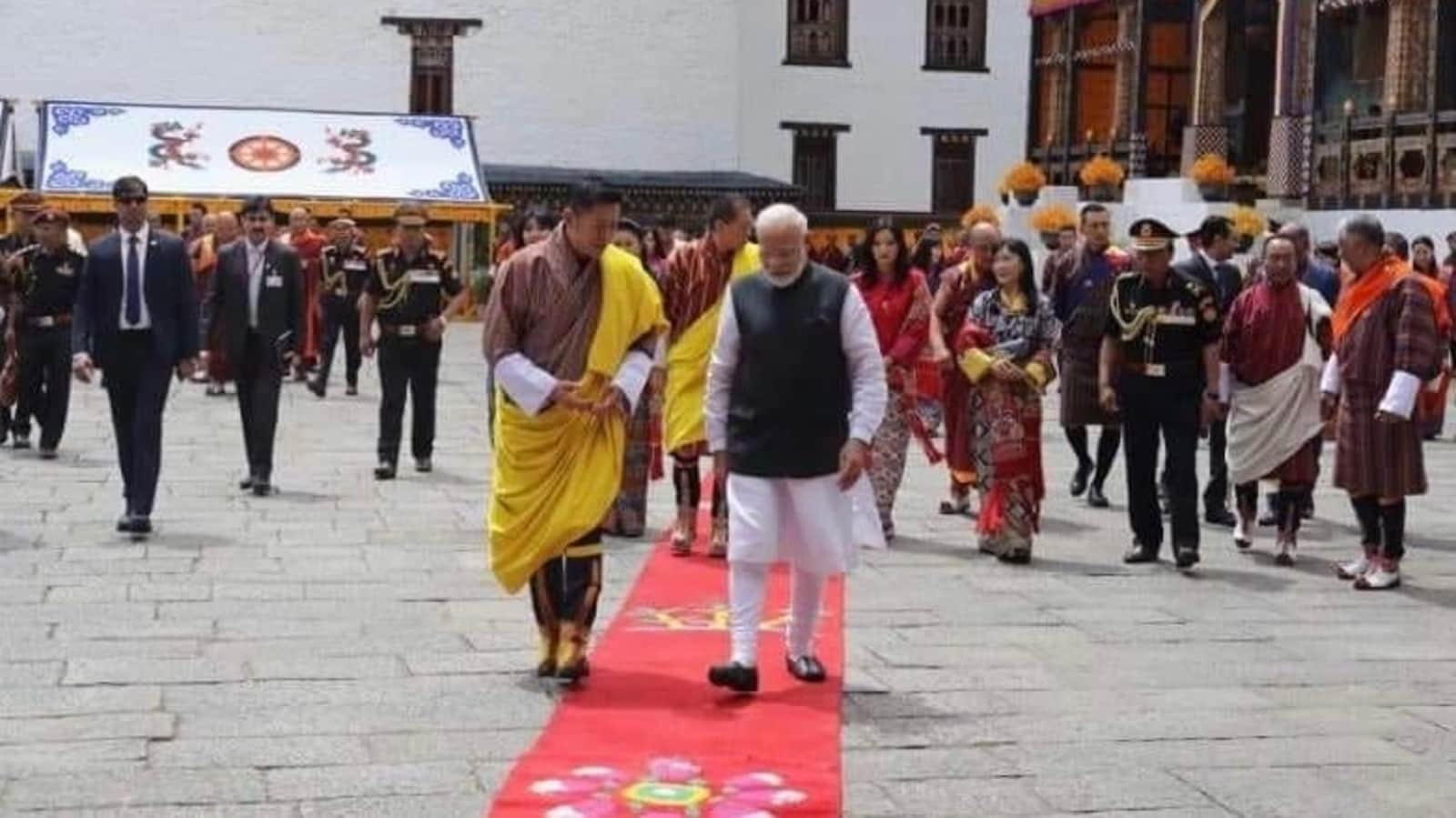 The country of Bhutan on Friday awarded its highest civilian award, Ngadag Pel gi Khorlo, to Prime Minister Narendra Modi. Jigme Khesar Namgyel Wangchuck, the country’s head of state, praised Modi’s name for the much coveted civilian decoration and highlighted the “unconditional friendship” and support that India under Prime Minister Narendra Modi’s leadership had extended to Bhutan over the years and especially during the coronavirus pandemic. 19).

“Highly deserved! Congratulations from the people of Bhutan,” the country’s Prime Minister’s Office (PMO) remarked in an official Facebook post. I look forward to celebrating the honor personally. ”

According to the Foreign Ministry, mutually beneficial economic relations between India and Bhutan have been an important element of bilateral relations. India remains Bhutan’s largest trading and development partner and has expanded its assistance to several development projects in the country – such as the 1020 MW Tala Hydroelectric Project, Paro Airport and Bhutan Broadcasting Station.

In addition, India is also a leading trading partner of Bhutan, with a free trade regime between the two countries. Bhutan was in fact the first country to receive the Narendra Modi regime’s gift of Covid-19 vaccines, manufactured by the Serum Institute of India (SII). Earlier this year in January, the country received the first shipment of 1.5 lakh doses of the Covishield vaccine from India as a gift.

Later, the Himalayan country also received an additional 400,000 doses of the Covid-19 vaccine from India, enabling the nationwide inoculation process against the pandemic. Bhutan’s Prime Minister Lotay Tshering expressed his gratitude and prayed that these gestures would become boundless blessings for the people of India.

“Glad to receive another 400,000 doses of Covishield, enabling the nationwide rollout of our vaccination program,” Tshering had tweeted and tagged Prime Minister Narendra Modi. “The people of Bhutan and I remain grateful.”

Last year, Prime Minister Modi had visited Bhutan to diversify the partnership with the kingdom from the hydropower sector and to strengthen trade and relations in space and education.