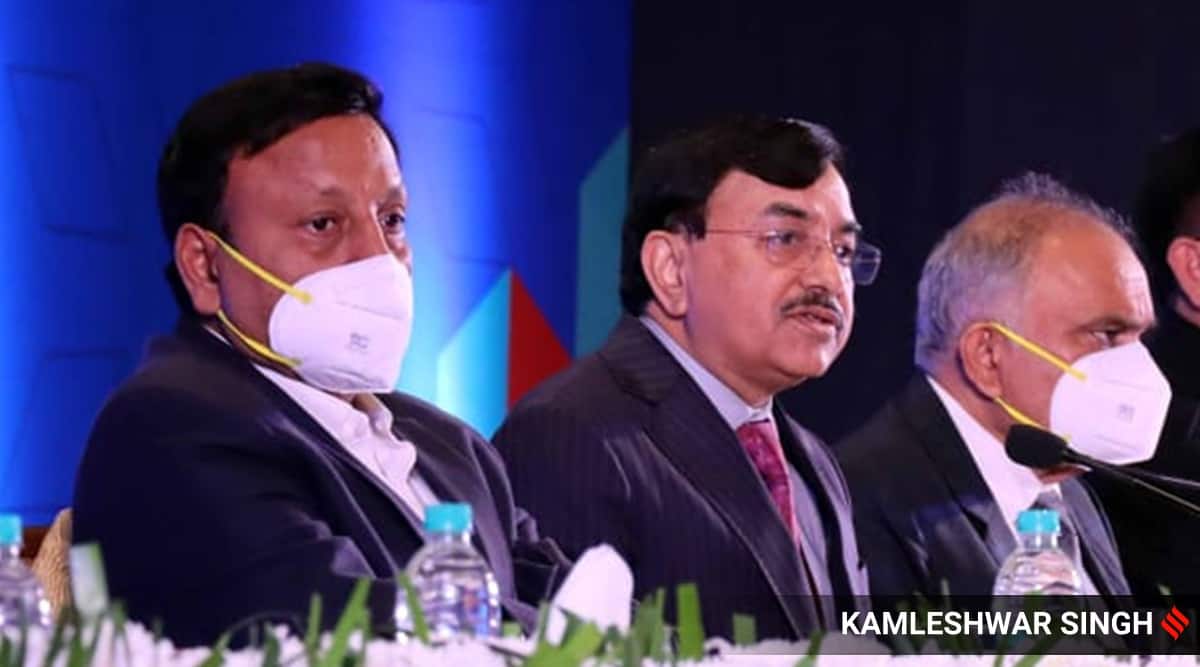 It told AT LEAST five former Chief Election Commissioners (CECs). Indian Express Friday that the law ministry’s letter to the election commission, which expected the incumbent chair of the poll panel to attend a meeting chaired by Prime Minister PK Mishra’s secretary general, was “unacceptable”. And that the subsequent informal discussion between the full Commission and Mishra could “erode” the EC’s image of independence.

This chorus of criticism was the response to The Indian Express report, which revealed how Chief Electoral Commissioner Sushil Chandra and the two Electoral Commissioners, Rajiv Kumar and Anup Chandra Pandey, despite expressing reservations, joined a online “interaction” called by the PMO on November 16.

This came a day after the EC received a letter from an official from the Ministry of Law – the administrative ministry of the poll panel – that Mishra would “chair a meeting” on a joint electoral roll and “expect the CEC” to be present.

Such wording, an official said, read as a “summons” that broke precedent and constitutional norms.

The former CEC SY Quraishi called the development “cruel”: “This is unacceptable … Would the government call India’s Supreme Court judge along with all other Supreme Court judges for a discussion on judicial reform? That is the only analogy that applies in this case. So why summon (election) Commission to a meeting? Even the Prime Minister can not convene a meeting of the CEC. “

Quraishi, who was CEC from July 2010 to June 2012, added: “Every meeting that takes place between these authorities (the Commissioners and the Government) is bound to arouse suspicion. Our officers know everything. It is they who deal (elections). “Reform officers. The officers are trained precisely for this purpose, and they regularly go to explain the Commission’s views at government meetings. It is not a question of the commissioners attending an interaction that the government wants.”

Said TS Krishna Murthy, CEC from February 2004 to June 2005: “All I can say is that election commissioners are not obliged to attend a meeting convened by officials, given its constitutional status. Of course, clarifications if it is required by the government, obtained in writing from ECI, for which answers can be given in writing. “

O Rawat, who chaired the European Championships in 2018, said: “Such a thing never happened when we were there. No ministry wrote and informed about a meeting and asked the CEC to attend. In fact, when the government sought a meeting, their officers come over and explain the facts to the commissioners, for example when elective bonds was introduced, (the then finance secretary) SC Garg came … These meetings were never held outside the EU or online or under the leadership of a government officer. “

In case the EC has problems, Rawat said, “CECs pick up the phone and talk to officers to clear roadblocks”. “But it has been done on the initiative of the European Union.” ‘It appears that the three Commissioners met the requirement of decency by not attending the formal meeting. However, if the three commissioners met informally online after the meeting, it seems a bit inconsistent. It seems they wanted to avoid any dissatisfaction. “

A former EU chief, who spoke on condition of anonymity, said the interaction was “100% avoidable”. “Attempts (to get the whole Commission to attend government meetings) have also been made before. But we never went after these. It should not have happened,” the former leader said.

Another former CEC said that the optics of an interaction with the government so close to the announcement of elections to five states do not look good for the Commission. Uttar Pradesh, Uttarakhand, Goa, Punjab and Manipur are up for election early next year.

“Honestly, no one looks good after such a meeting. Neither the government nor the EC. Although they may have discussed reforms, the point is that we have certain established norms and protocols. And these norms and practices are in place because they serve “In my experience as the CEC, it is possible to get your proposals through without causing any erosion of your perceived independence.”

A dissenting note came from former CEC N Gopalaswami: “I do not see a problem here.” Gopalaswami, who was in the post from June 2006 to April 2009, added: “If the formal meeting (chaired by Mishra) was over and the three Commissioners interacted (with the Secretary-General) separately, then there is nothing to prevent them “in sharing facts and opinions. That’s because after the formal meeting is over, no one is leading the interaction. It’s just an exchange of views.”

Chandra was unavailable for comment, but a senior EC official said on Thursday that the CEC, after receiving the memo, expressed its “displeasure” with the Ministry of Law and stressed that he would not attend the meeting.

But while he and the other two commissioners stayed away from the video conference – where their subordinates were present – as a precedent, the three joined an “informal interaction” with Mishra immediately afterwards.