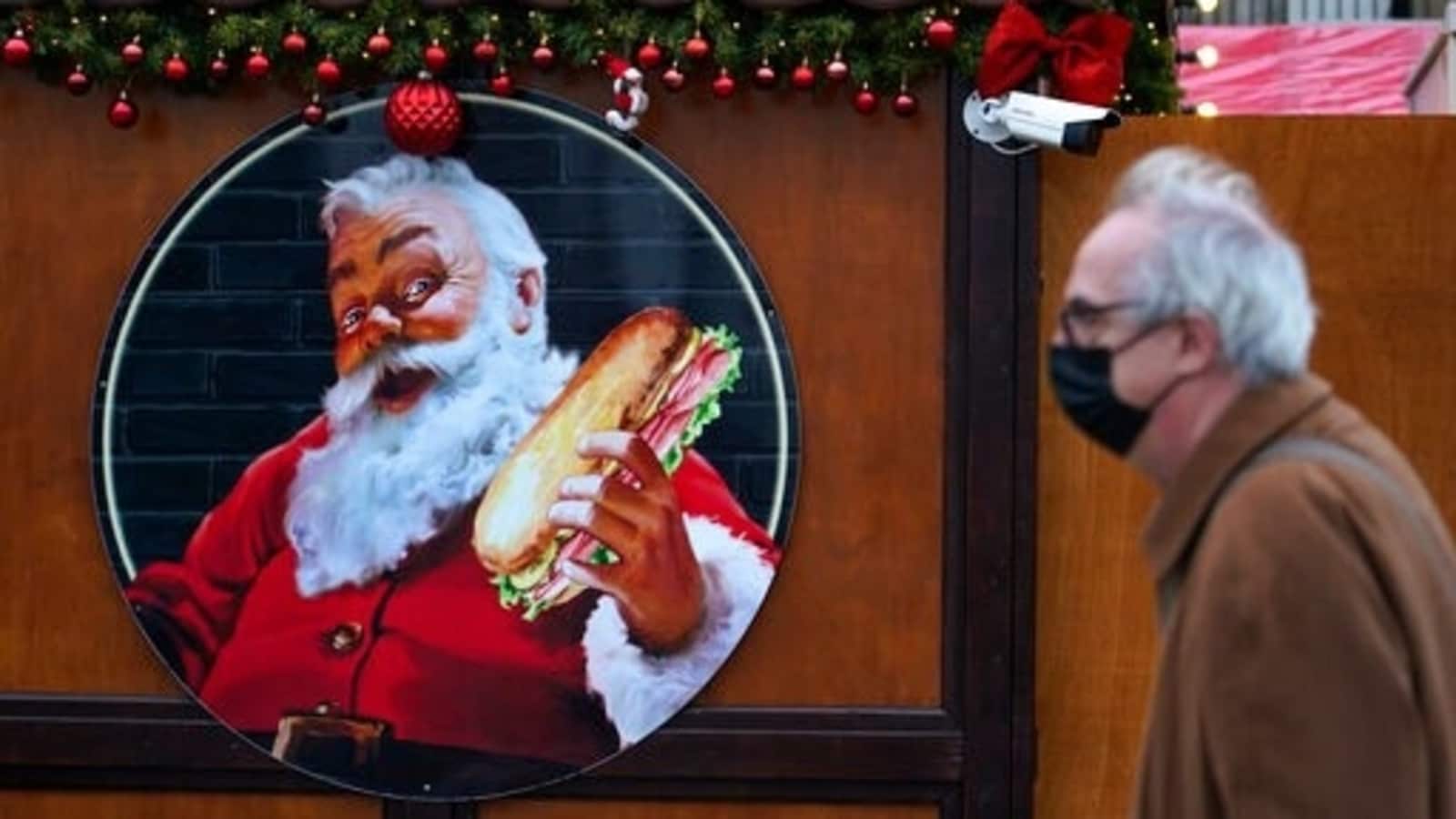 On Wednesday, the World Health Organization (WHO) said that preliminary evidence suggests that vaccines may be less effective against infection and transmission associated with the Omicron variant of Sars-CoV-2, which also carries a “higher risk of re-infection”. data collected by GISAID, a global scientific initiative providing open access to influenza virus genomic data, has so far provided a total of 60 countries with the sequencing data showing the presence of this highly mutated variant on their shores.

With its ability to avoid vaccines and higher transmissibility, the new variant has raised concerns that it may delay the fight against the pandemic for several months.

The growing global reach of Omicron

Of the 60 countries that have confirmed Omicron infections to GISAID, the UK has the largest share with 4,120 confirmed sequences of the variant until December 13, the latest date for which this information is available. It is followed by South Africa with 1,000 samples, the United States with 321 samples, Denmark with 216 and Switzerland with 125.

A better picture is obtained by looking at Omicron’s share in all cases in these countries during this period. South Africa, not surprisingly, where 90.1% of all infections are Omicron, is among the top, close behind Mozambique, where the highly mutated variant accounted for 94.4% of all sequenced samples.

To be sure, the Delta variant still easily remains the world’s most dominant variant, accounting for 97.9% of the nearly 3.17 million genome sequences uploaded in the four weeks ending December 13 to GISAID . But the real cause for concern is that despite the fact that Omicron has barely been marked in even half of GISAID’s 60-day trial period, it has already surpassed the combined share of the alpha, beta and gamma variants. A total of 6,700 samples – about 2.1% – were Omicron, and the other three variants of concern counted a total of 22, less than 0.01% each in GISAID’s database.

A key feature of Omicron that has been observed is that it can lead to a massive increase in new cases. For example, in South Africa, there have been an average of 22,852 new Covid-19 cases every day in the past week – well above the previous high of 19,766 cases a day in the first week of July this year.

However, South Africa is far from the only country to have seen a record increase, while Omicron infections have seen an increase. On Wednesday, the UK registered 78,610 new Covid-19 cases – the highest in a single day since the start of the pandemic. This has pushed the seven-day average of daily infections to 57,417 – just below the peak of 59,508, which was touched on 8 January.

Similar peaks can be seen even in smaller countries such as Norway and South Korea, where the proportion of Omicron cases in the overall new infection rate has been rising in recent days. In each of these countries, the seven-day average of daily infections is currently at its highest ever, according to data collected by Our World in Data. In Norway, there have been an average of 4,925 new cases a day in the past week, while in South Korea it is 6,790.

The corresponding charts also show that the proportion of Omicron cases has been increasing at the same time in these countries.

To truly understand the impact that Omicron may have on the outbreak in a region, it is crucial to look at how these infections are changing the outlook for the Covid wave. Very few countries (or even localized regions) consistently release data on the spread of a particular variety. This exercise is generally performed by extrapolating genome sequencing data on the overall case turnout. This system is used by agencies such as the US Centers for Disease Control and Prevention to determine the prevalence of a variant – on Wednesday it estimated that 2.9% of the new Covid cases that appeared in America were Omicron.

An advantage that Omicron’s highly mutated nature offers, however, is that in a widely used RT-PCR test, one of the three target genes is not detected (called S-gene dropout) and this can therefore be used as a marker for this variant, while sequencing awaited. Using this approach, some regions have tracked this variant in near real time, giving early clues as to how widespread it is.

In London, the prevalence of Omicron cases (those with S-gene dropouts) is steadily rising. In the past week, 38.4% of all infections in the UK capital have been Omicron cases. But what’s even more alarming is that on a daily basis, this share is rising rapidly – on 12 December (latest date for which data is available), 1,669 of the city’s 2,779 Covid cases were Omicron (60.1%), according to data released by the UK Health Safety Agency. Similarly, this share is also increasing in Denmark (the only other larger region that currently publishes S-gene dropout data publicly). In just 10 days between December 1 and December 11, the daily Omicron share has gone from 1.6% to 15.6%, data show.

In both of these regions, a worrying trend is that Omicron appears to be the cause of the increase in new infections, as the new cases of the other variants appear to be stagnant.