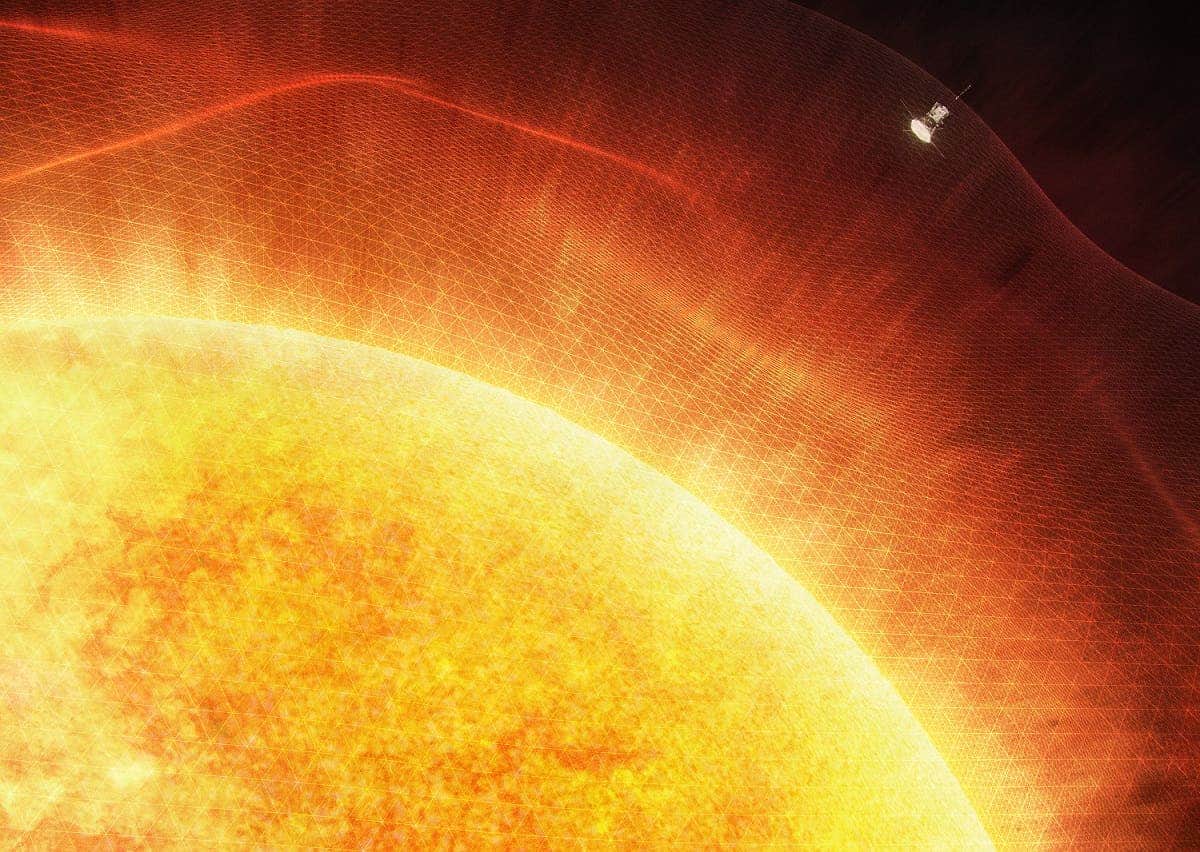 The corona of the sun is two million degrees Fahrenheit (give or take). While the exploration was mostly considered a science fiction project, on April 28, NASA was able to put a spacecraft inside the flaming inferno. Use of materials such as tungsten, niobium, molybdenum and sapphire, Parker Solar Probe spent five hours in the sun’s extended solar atmosphere, marking a major leap for solar science.

“This marks the achievement of the primary goal of the Parker mission and a new era for understanding the physics of the corona,” said Justin C. Kasper, co-author of the recent study. published in Physical Review Letters. “The concept of sending spacecraft into the sun’s magnetized atmosphere – close enough that the magnetic energy is greater than both ionic and electron kinetic and thermal energy – preceded NASA itself.”

That corona is the outermost layer of the Sun’s atmosphere, where strong magnetic fields bind plasma and prevent turbulent solar winds from escaping. When solvinde peaks at a speed fast enough to break free from the corona and the Sun’s magnetic fields, they have reached the so-called Alfvén point The limit at which the point where the magnetic and kinetic energy of the plasma are equal. Many scientists believe that zig-zag in the solar magnetic field, called switchbacks, comes from this area.

In the past, it was a mystery how and where they were formed. Before April 28, where it Parker Probe entered the corona three times, the spacecraft had flown just past this point.

“If you look at close-ups of the Sun, you will sometimes see these bright loops or hairs that appear to break free from the Sun, but then reconnect with it again,” said Michael Stevens, an astrophysicist at Center for Astrophysics | Harvard and the Smithsonian. “This is the area we’re flown into – an area where plasma, atmosphere and wind are magnetically fixed and interact with the Sun … We know that energy comes from the undulating magnetic fields that bubble up through the sun’s surface, but we do not know how the Sun’s atmosphere absorbs this energy. “

Surprisingly, the researchers noted that Alfvén’s critical surface is not smooth, but wrinkled. The data suggest that the largest and most distal wrinkle on the surface was produced by one pseudostreamer-a large magnetic structure that is more than 40 degrees across, and found back on the innermost visible surface of the sun. It is currently not understood why a pseudo-streamer would push Alfvén’s critical surface away from the sun.

Researchers observed far fewer switchbacks below Alfvén’s critical surface than above it. The discovery may mean that no switchbacks are formed in the corona. Alternatively, low speeds of magnetic reconnection on the Sun’s surface could have pumped less mass into the detected wind current, resulting in a smaller number of feedbacks.

Interestingly, the spacecraft also found some unknown physics that could affect the Sun’s warming and scattering.

“We’ve been observing the Sun and its corona for decades, and we know there’s interesting physics going on there to heat and accelerate the solar wind’s plasma,” said Nour E. Raouafi, Parker Solar Probe Project Scientist at Johns Hopkins University Applied Physical Laboratory. “Still, we can not say exactly what that physics is. With the Parker Solar Probe now flying into the magnetically dominated corona, we will gain the long-awaited insight into the inner functions of this mysterious region.”

Parker Probe was launched in 2018 with the goal of reaching humanity’s first star. This was its eighth interaction with the Sun. Other data collected from the probe include discoveries, including explosions that create space weather and dangers of superfast dust. In addition to the data inside the corona, thanks to solar wind, so will the probe the fastest craft ever created, which is lightning at 430,000 mph (690,000 km / h) in 2025. That’s 0.064% of the speed of light.

“It’s hard to overstate the significance of both the event and the observations made by the Parker Solar Probe,” said Gary Zank, a co-researcher on the probe’s Solar Wind Electron’s Alphas and Proton instrument. “For over 50 years, since the beginning of the space age, heliosphere society has struggled with the unanswered problem of how the solar corona is heated to well over a million degrees to drive the solar wind. the understanding of the physics behind the acceleration of the solar wind. “