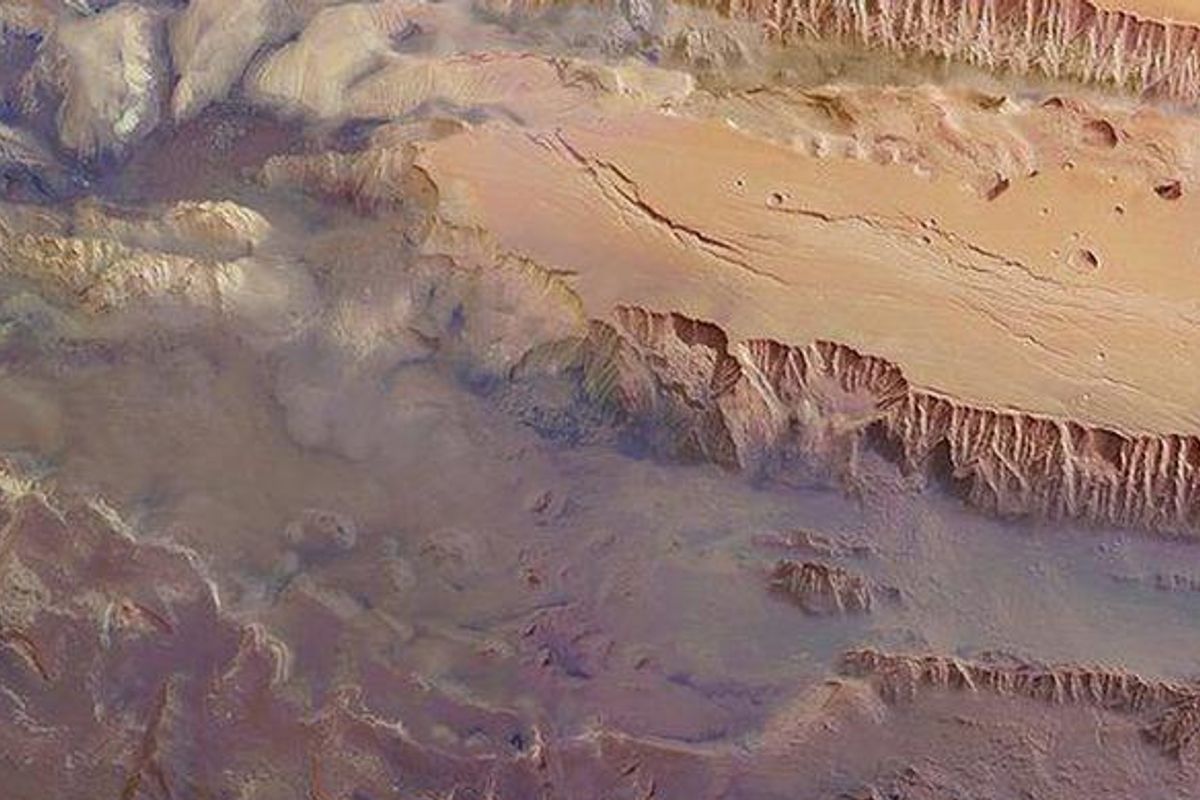 New Delhi: Scientists have discovered a ‘significant amount’ of water hiding beneath the surface of Mars, inside the red planet’s Valles Marineris, its version of our Grand Canyon system. Up to 40% of the material near the surface of the gap may be water molecules.Also read – The NASA spacecraft enters the solar atmosphere ‘Corona’ for the first time in history. WATCH

The discovery was made by Trace Gas Orbiter, a mission in its first phase under the guidance of ESA – the European Space Agency (ESA) -Roscosmos project called ExoMars. Also read – Who is Anil Menon, the doctor of Indian descent, selected by NASA as 1 of 10 astronauts for the lunar mission?

The hidden reservoir is the size of over 45,000 square kilometers, which is close to the size of Haryana. Also read – Asteroid Nereus 4660 – as big as a football stadium – enters Earth’s orbit this week

How did scientists find the ‘hidden water’ on Mars?

Signs of water were detected by the orbiter’s Fine Resolution Epithermal Neutron Detector (FREND) instrument, which is designed to study the landscape of the red planet and map the presence and concentration of hydrogen hiding in Mars’ Earth.

As high-energy cosmic rays dive to the surface, the earth emits neutrons. Wet soil emits fewer neutrons than dry soil, enabling scientists to analyze and assess the water content of the soil, hidden beneath its ancient surface.

“FREND revealed an area with an unusually large amount of hydrogen in the colossal Valles Marineris rift system: assuming the hydrogen we see is bound to water molecules, as much as 40% of the material near the surface in this region appears to be to be water, ”said Igor Mitrofanov, the Russian Academy of Sciences’ leading investigator at the Space Research Institute, in a press release from ESA.

Was water on Mars not already discovered?

Scientists have already discovered water on Mars, but most previous discoveries have discovered the substance that is vital to life, as we know it near the poles of the Red Planet, which live like ice. Only very small pockets of water had appeared at lower latitudes, which was a big decline because future astronauts on Mars will need a lot of water and there are better prospects of putting the planet down to lower latitudes. But now, with what appears to be a comparable abundance of water in the Valles Marineris, we have taken a major step towards establishing a reliable source of water on the nearest planet.