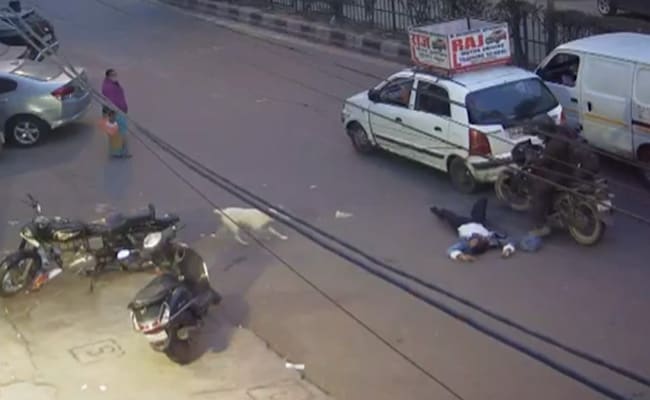 The victim was reportedly dragged about 150 meters.

A video showing motorcycle-carrying criminals pulling a woman in an attempt to snatch her mobile phone in Delhi has gone viral.

Two men on a scooter can be seen crossing over to the wrong side of the road while the man sitting in the front seat holds a person and pulls them along before letting go in the middle of the road.

Spectators then rush to the victim while traffic stops.

The incident happened Thursday night in the Shalimar Bagh area of ​​the national capital.

The victim was reportedly dragged for about 150 meters. She works at Fortis Hospital in Shalimar Bagh and is also being treated there. Police are investigating the case.