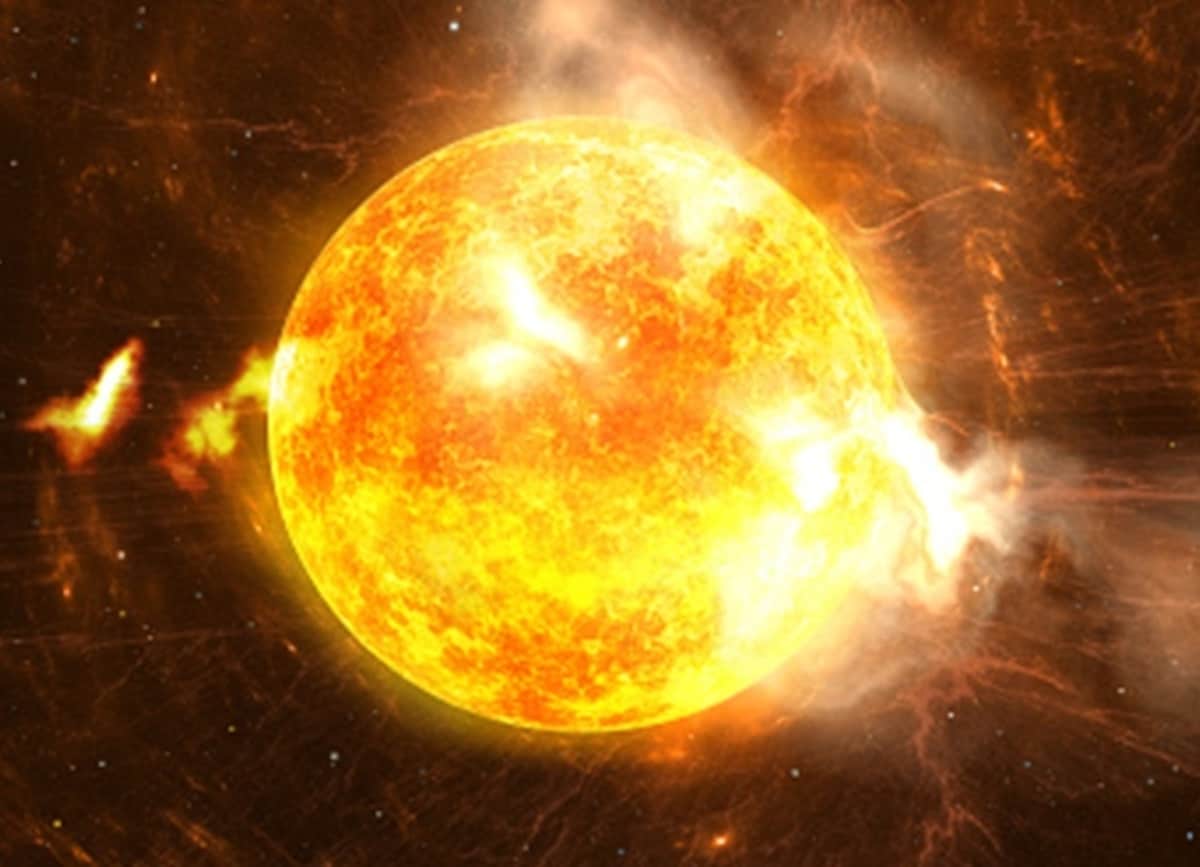 New Delhi: The sun, an explosive celestial body, has been much quieter between 2008 and 2019 than it was between 1996 and 2007, and scientists have quantified that the radial magnitude of its Coronal Mass Ejections (CMEs) is two-thirds of the radial size of CMEs in the last decade.

The sun was the weakest in 2019 over the last 100 years, and there has been a significant drop in the mass, size and internal pressure of explosive phenomena, said a study published in the journal Frontiers in Astronomy and Space Sciences.

The Sun is known to be very active with sunspots, solar flares and CMEs – episodic expulsion of enormously magnetized plasma from the Sun into space. It is important to understand such activity of the Sun, especially the proliferation of CMEs, as they cause major disturbances in the Earth’s magnetosphere.

They affect the space environment near Earth and disrupt the satellites’ orbit in low earth orbits, Global Positioning Signals (GPS), long-distance radio communications and the power grid. The intensity of such solar activity is known to vary over 11-year periodic cycles. It had previously been tracked that Cycle 24 (2008-2019) was weaker than Cycle 23 (1996-2007), and the Sun was weakest in 2019 over the last 100 years.

Researchers led by Dr. Wageesh Mishra of the Indian Institute of Astrophysics (IIA), Bengaluru, an autonomous institute under the Center’s Department of Science & Technology, has shown that the average radial size of CMEs in recent decades (during solar cycle 24 from 2008) -2019) is only two-thirds of its value in the previous cycle.

“This was confusing for the scientists, as the reduced ambient pressure for them meant that CMEs expanded into an interplanetary space to a significantly larger size, which is expected to give rise to a large radial size. However, they found that the opposite happened, “reads a statement from the Ministry of Science and Technology.

To explain this unexpected finding, Dr. suggested Mishra: “The reduced pressure in interplanetary space in cycle 24 is offset by a reduced magnetic content inside CMEs, which did not allow the CMEs to expand sufficiently in the later stages of their propagation.”

The scientists’ explanation is further strengthened by the fact that the lack of stronger and larger CMEs that arrived on Earth during solar cycle 24 had caused reduced geomagnetic disturbances compared to cycle 23.

The team also determined that the gas pressure in the interplanetary space in cycle 24 was only 40 percent of the pressure in cycle 23. Moreover, the rate at which the Sun lost its mass through these episodic emissions was 15 percent less in cycle 24 than cycle 23. In addition, the degree of loss of quasi-stable matter from the Sun also 10 percent lower in cycle 24.

The work, published in the journal Frontiers in Astronomy and Space Sciences, is co-authored by Professor Nandita Srivastava of the Physical Research Laboratory, Udaipur, and Urmi Doshi of the MS University of Baroda, Vadodara.

In this research, the team studied the Earth-guided CMEs and interplanetary counterparts to CMEs (ICMEs) using publicly available observations from the Solar and Heliospheric Observatory (SOHO) and Advanced Composition Explorer (ACE), both missions launched by NASA in 1995 and 1997, respectively.