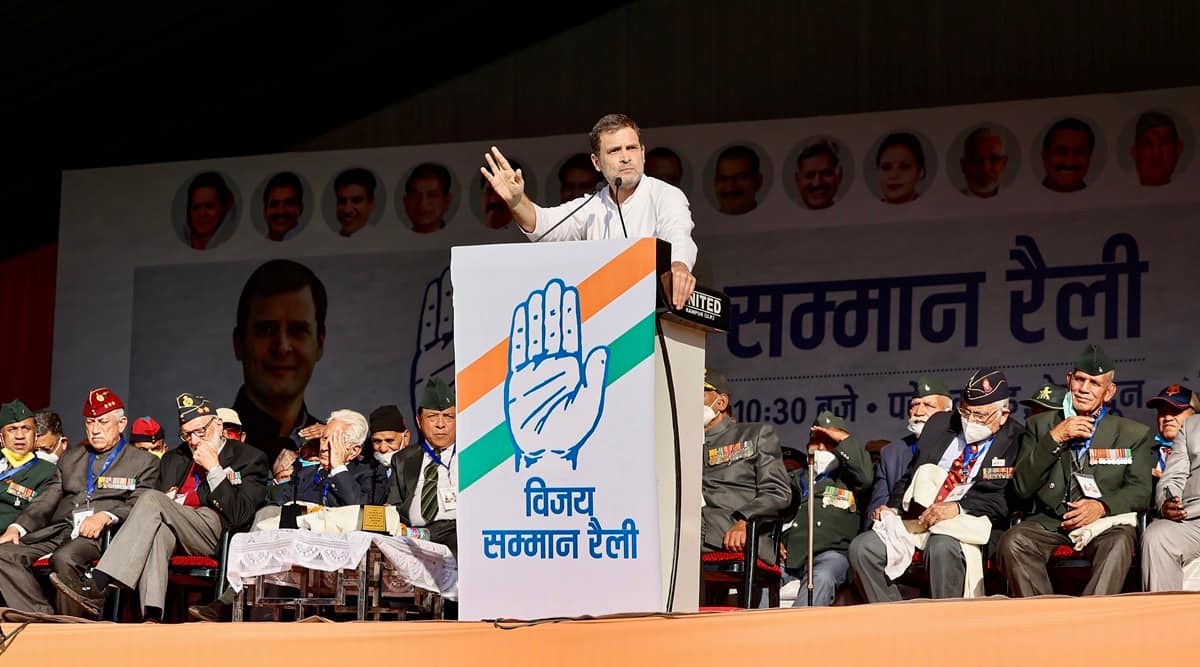 India won the war in 1971 in just 13 days because every single person, caste and religion in the country came together to defeat Pakistan, while the country today is being divided and weakened, Congressman Rahul Gandhi said Thursday.

Speaking at a meeting organized by his party to commemorate the martyrs and veterans of the 1971 war, during which the congressional campaign for next year’s general election was launched, Rahul recalled the contributions of his grandmother – former Prime Minister Indira Gandhi – and accused BJP-leading government to ignore her role during the 50th anniversary celebration of the war victory.

He said his ties to Uttarakhand are victims and those who have not given their blood for the country will never understand this.

He talked about the war in 1971 and said that such wars take a lot of time but in just 13 days Pakistan bowed because India fought as one.

“America took 20 years to defeat Afghanistan. But India defeated Pakistan in just 13 days. We should understand what happened in 1971. India was united and stood as one. Some say the army won the battle, some say it was “Because of the political leadership, and some say it was because of the navy and the air force. But it was because every single person, every caste and religion came together and defeated Pakistan,” he said.

“Another reason for that victory was that Pakistan was divided … East and West Pakistan had a war with each other and Pakistan was weak. This is the most important lesson. When India stands as one, the 7th Fleet of the United States returns. “No power can stand before India when we speak as one. The sad thing is that today the country is being divided and weakened,” he said.

Rahul accused the government of ignoring Indira Gandhi’s role in the war, saying a function in Delhi to mark the anniversary did not mention her. ‘The woman who took 32 bullets for the country does not even have her name on the invitation card. This is because the government is afraid of the truth. However, this does not bother me because I know she gave her blood for the country, ”he said.

Claiming that the government only works for two or three industrialists, he said demonetization and GST are the weapons of industrialists and prime ministers. Narendra Modi implements them.

“You will see until the BJP government is removed from Delhi, young people in this country will not get jobs … Do not believe that India is strengthening. Do not hold misconceptions. Helicopters, planes and tanks do not make the country “The country gains strength when the population is empowered,” he said.