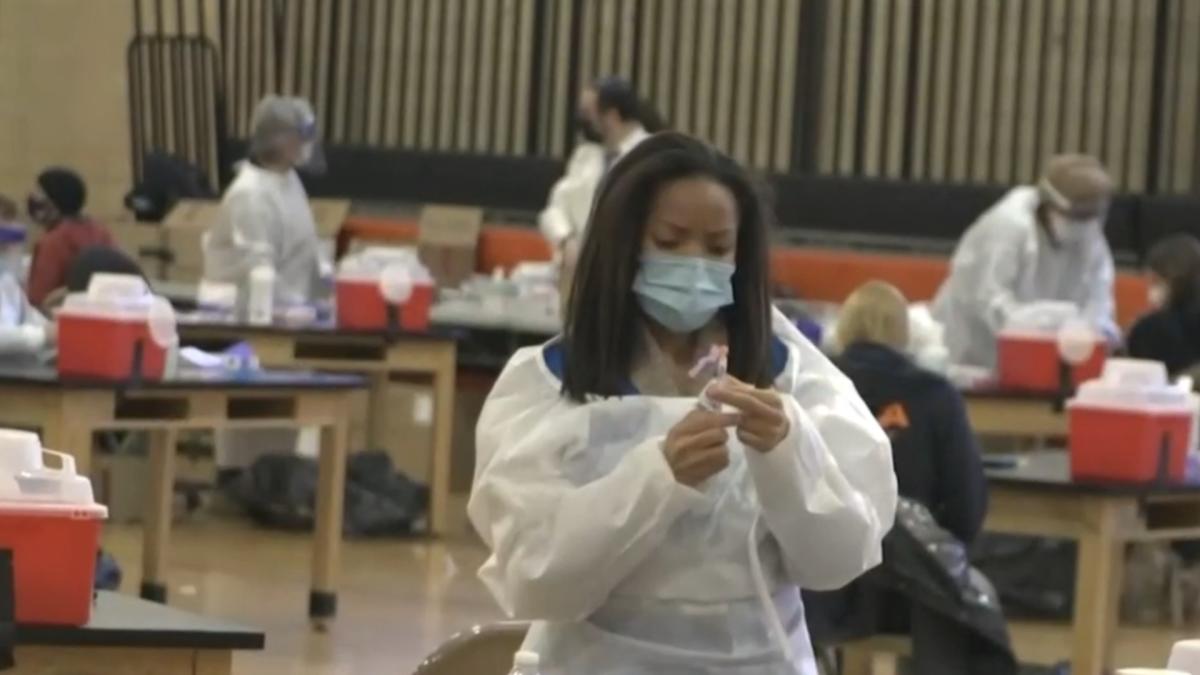 Several universities were forced to move the final exams online, Apple temporarily shut down some of its stores, and long queues formed at many test clinics in New York City – scenes reminiscent of the early days of the pandemic … as the threat of a new wave of covid-19 brought renewed disturbance. A jump in positive tests has also left behind three major North American sports leagues battling to control outbreaks. While the Delta variant remains responsible for the vast majority of cases in the United States, Omicron has appeared in at least 36 states … and the number is growing rapidly .. Director of U.S. Centers for Disease Control and Prevention, Rochelle Walensky: “We expect to see the proportion of Omicron cases here in the US will continue to grow in the coming weeks. Early data suggest that Omicron is more transferable than Delta, with a doubling time of about two days … “Although there is still not much known about the new variant , White House officials said the country would not go back in lockdown, and classes, schools would remain open, saying existing tools like indoor masking and boosters put the country in a much better position than a year ago. Health officials elsewhere had a more serious tone. In the UK – which hit the highest number of daily cases at any time during the pandemic – Chief Medical Officer Chris Whitty said Omicron was a serious threat. “It’s moving at an absolutely phenomenal pace.” nada, top health officials discouraged international travel … Canada’s health minister Jean-Yves Duclos: “We know this may sound very drastic to many listeners, but we must avoid overloading our hospital system and our healthcare staff.” A positive development – Dr. Anthony Fauci said on Wednesday that booster doses of currently available COVID-19 vaccines are working against Omicron and that there is apparently no need for a variant-specific booster. Although without the booster, all three US-authorized COVID-19 vaccines appear to be significantly less protective against Omicron in laboratory tests than against previous variants.