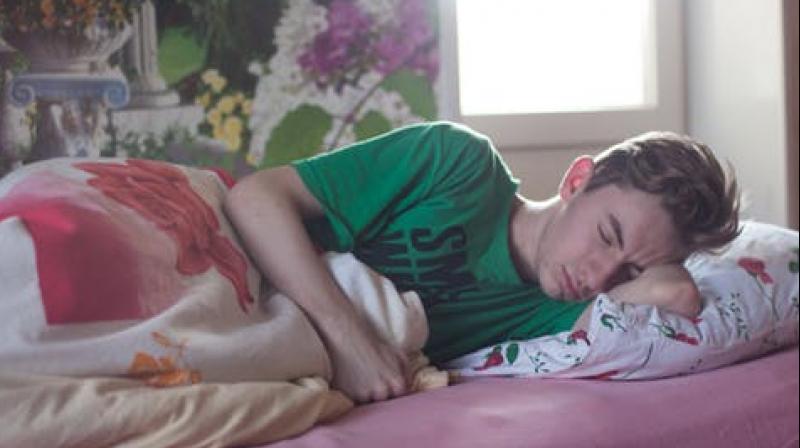 Actor Tom Holland, who became a Marvel superhero and took on the role of Spider-Man in six films, has to deal with sleep paralysis, a common condition in which a person is between wakefulness and sleep and is conscious but unable to move. themselves for a period. few minutes.

Sleep paralysis is a temporary loss of muscle function while you sleep. It typically occurs when a person is about to fall asleep, shortly after they have fallen asleep, or while waking up.

In sleep, there are two phases – rapid eye movement (REM) sleep and non-REM (NREM) sleep, which alternate in cycles throughout the duration of sleep. Abnormal sleep-related movement disorders can occur in both of these phases and are referred to as parasomnias.

“Sleep paralysis is a form of REM-related parasomnia that generally occurs upon entry or upon awakening and is characterized by qualities of both sleep and wakefulness, where the person can open their eyes and be aware of their physical environment but are unable to can begin to see, hear, feel or sense something, ”says Dr. Viswesvaran Balasubramanian, Senior Interventional Pulmonologist and Sleep Medicine Specialist, Yashoda Hospitals.

The effect
“It is associated with the experience of fear, terror or panic and can have a negative effect on the quality of life. In a few cases, such experiences can result in post-traumatic stress disorder and can create a vicious circle of negative emotional connection with sleep, including a reluctance to go to bed, ”adds Dr. Viswesvaran.

In general, sleep paralysis is confused with night terrors, which are characterized by sudden awakening in an agitated state, anxiety, body motility, and general memory loss with respect to underlying cognitive experiences. These generally occur during the NREM phase of sleep. “The disorder may occur in isolation, or it may be part of other sleep disorders such as narcolepsy,” says the doctor.

Causes
Sleep fragmentation and insufficient sleep, shift work, jet lag, use of sleep-disturbing medications, stress, anxiety, alcohol consumption, post-traumatic stress disorder, childhood sexual abuse and anxiety disorders can induce this phenomenon. In a few cases, there may be no trigger, in which case it is referred to as idiopathic sleep paralysis.

The importance of consciousness
In general, sleep paralysis is harmless and management involves first identifying underlying conditions. “In most cases, it is sufficient to raise awareness among patients about symptoms and inform them about the disorder to overcome this problem. However, if the disorder is secondary to certain psychiatric disorders, it can improve outcomes by addressing underlying mental disorders. , “Says Dr. Viswesvaran. In addition, teaching patients about sleep hygiene measures such as maintaining consistent sleep and waking time, daily exercise, abstinence from alcohol, smoking and caffeinated beverages, avoiding cell phones and blue light-emitting devices at least a few hours before sleep, Having a light dinner and utilizing the bed for only sleep and sexual activity is important.

Sleep paralysis is usually diagnosed on the basis of history and also examinations / tests including sleep examinations.

It is usually treated by improving sleep habits, treating psychiatric problems, treating other sleep disorders such as narcolepsy, and treating patients for substance abuse if necessary.
l Regular exercise and lifestyle changes can help.
Certain sleep postures and sleep hygiene are also helpful.

Symptoms
The most common characteristic of sleep paralysis is the inability to move or speak. An episode can last from a few seconds to about 2 minutes.