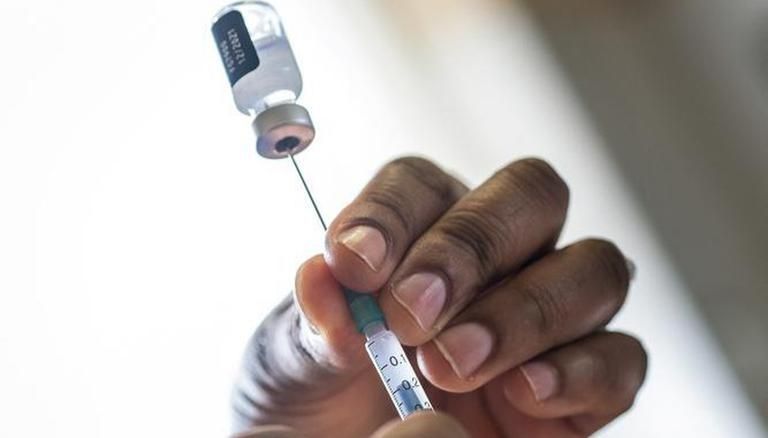 The first large-scale analysis of the vaccine’s effectiveness in the region where the new variant was discovered seems to support early indications that omicron is more easily transmissible and that the Pfizer shot is not as effective at protecting against infection as it was. against the delta variant. .

The analysis was based on more than 211,000 positive COVID-19 test results, 41% from adults who had received two doses of the Pfizer vaccine. About 78,000 of these positive COVID-19 test results between November 15 and December 7 were attributed to omicron infections. The study was conducted by Discovery Health, South Africa’s largest private health insurance company, and the South African Medical Research Council.

The study has been conducted in the weeks since omicron was first announced in November by scientists in South Africa and Botswana. The researchers stressed that its results are preliminary and not peer reviewed.

The data is collected from the first three weeks of South Africa’s omicron-driven wave and may change as time goes on. South Africa is the first country to experience an increase in COVID-19 driven by the omicron variant.

South Africa has experienced rapid societal proliferation – concentrated in its most populous province, Gauteng – dominated by the omicron variant.

“Excellent genetic monitoring by the Network for Genomic Surveillance in South Africa identified that omicron infection accounts for over 90% of new infections in South Africa, and has displaced the former dominant delta variant,” said Discovery Health CEO Dr. Ryan Noach.

“The omicron-driven fourth wave has a significantly steeper trajectory for new infections compared to previous waves. National data show an exponential increase in both new infections and test positivity rates during the first three weeks of this wave, indicating a highly transmissible variant. with the rapid spread of infections in the community, ”said Noach.

The results show that vaccinated individuals who received two doses of the Pfizer vaccine have 33% protection against infection from omicron, compared to those who were unvaccinated in the first weeks of South Africa’s current omicron-driven wave. This represents a significant decrease over the 80% protection against infection given in the earlier period, probably on the basis of lower antibody sensitivity, following the extensive peak protein mutations in the omicron variant.

Encouragingly, however, the results show that the same vaccinated individuals who received two doses of the Pfizer vaccine have 70% protection against hospitalization during the same period. This hospitalization protection has been reduced from the 93% highs in South Africa’s delta-driven variant.

Omicron poses a higher risk of re-infection. For individuals who have previously had COVID-19, the risk of reinfection with omicron is significantly higher than for previous variants.

2. The risk of admission from omicron is lower. Hospital admissions among adults diagnosed with COVID-19 attributed to omicron are 29% lower compared to the COVID-19 wave that South Africa experienced in mid-2020, after adjusting for vaccination status.

(Disclaimer: This story is automatically generated from a syndicated feed; only the image and headline may have been reworked by www.republicworld.com)