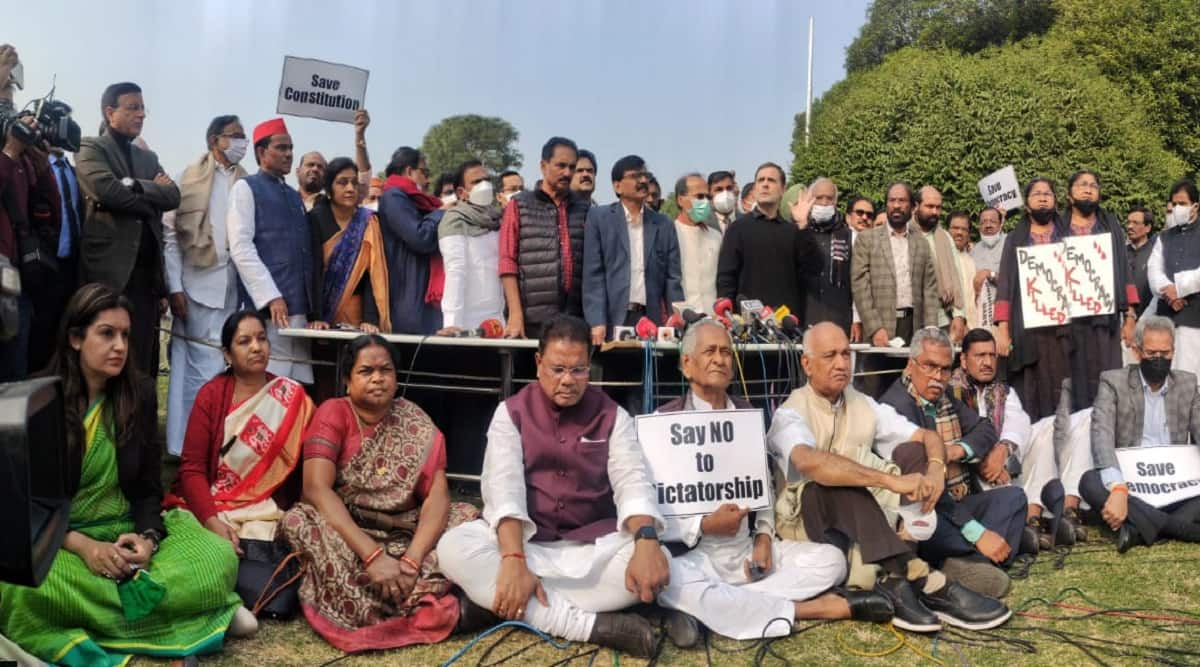 Parliament’s Winter Session 2021 Live Updates: Opposition MPs led a protest march from the Gandhi statue to Vijay Chowk demanding that the suspension of 12 Rajya Sabha members be lifted. Congressman Rahul Gandhi, who joined the protesting members, said: “This (suspension of 12 MPs) is a symbol of the crushing of the voice of the people of India. Their votes have been crushed. They have done nothing wrong.”

Rajya Sabha was postponed until 6 p.m. Persistent MPs continued to raise slogans such as “We want justice”, even as House Speaker M Venkaiah Naidu told members that the suspension of MPs will be withdrawn if they express regret over their actions.

Opposition parties decided after a meeting today that their members in Lok Sabha and Rajya Sabha would march from the Gandhi statue to Vijay Chowk in support of the 12 suspended Rajya Sabha MPs.