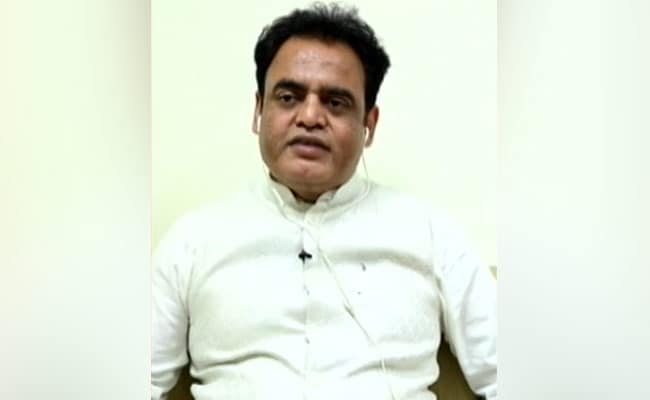 Dr. Ashwathnarayan told NDTV that Karnataka is the most peaceful state.

There has been no attack on the Christian community in Karnataka because of their religion, and attacks on a personal level are being given a spin to create a campaign, Dr. Ashwathnarayan CN – former State Deputy Minister and Minister in the Cabinet of Basavaraj Bommai – – told NDTV today. When it was pointed out that attacks on the church have taken place and videos of it have been sent, he said “it could have been fabricated”.

Since September, when the State Cabinet started discussions on a bill against conversion, a wave of attacks on churches and the Christian community has been reported.

There have been reports of at least seven attacks by right-wing guards – religious books have been burned and mobs have infiltrated churches and attacked its members.

In most cases, these have been preceded by allegations of forced conversion, and there is concern that a bill could lead to an escalation of violence.

That the churches are being attacked is a “baseless claim,” said Dr. Ashwathnarayan to NDTV. “We are the most peaceful state – Karnataka. There is no question of attacking churches or Christians. They are part of our community,” he said.

When he told that the attacks have been documented, there are videos of them he said they could have been on a personal level – “individual to individual” – and one can not give it a religious twist. “There is no targeting based on any religion,” he added.

According to a Fact-Finding report documented by the United Christians Forum, Association for the Protection of Civil Rights and United Against Hate, from January to September this year, 32 attacks on churches and the Christian community took place. Between October and December, six attacks have been reported.

He states that the attacks have nothing to do with the anti-conversion bill, and said the bill has not been submitted to the Cabinet or the Assembly. “It’s only a thought that goes into the government to work in this direction, to regulate,” he added.

Last week, Chief Minister Basavaraj Bommai said the Compulsory Religious Conversion Bill would be discussed at the Winter Assembly of the State Assembly and this was intended to avoid the forced conversions prevalent in the state.

Asked if there are any figures on forced conversions, senior BJP leader Vaman Acharya told NDTV that “data is not needed”.

“Data is not necessary because it is obvious. Very clearly seen from the increase in the Christian population from 0.5 percent to 3 percent,” he said.