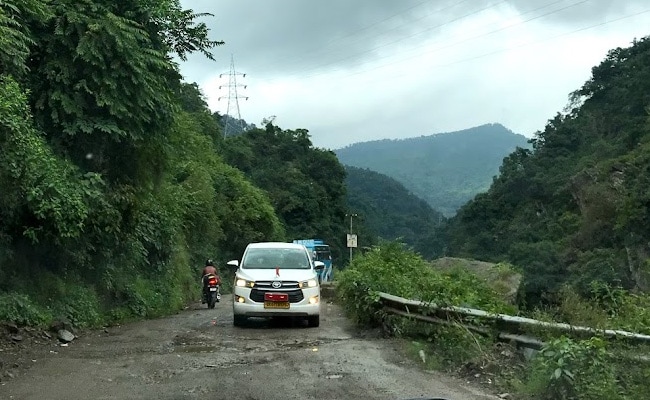 The Supreme Court has paved the way for road widening as part of the Char Dham project and agrees with the government’s arguments that wider roads in the area were of strategic importance.

Border security concerns need to be addressed and the movement of troops and equipment is necessary, given “serious challenges to national security” in recent times, the Supreme Court said Tuesday morning.

The Department of Defense is a specialized body and can determine its operational requirements, said a three-man bench of Judge DY Chandrachud, Judge Surya Kant and Judge Vikram Nath.

The infrastructure needs of the armed forces must be met to protect borders, and highways of strategic importance cannot be treated in the same way as those in other hilly terrain, the court said.

However, the court also acknowledged the petitioner’s environmental concerns and said that it was forming a supervisory committee to be chaired by a former judge of the Supreme Court – Judge AK Sikri.

This committee – which must report to the Supreme Court every four months on the progress of the project, will also have representatives from the Danish Environmental Research Institute and the Ministry of the Environment. Its purpose is to ensure implementation of existing recommendations.

The 899 km long motorway project in an ecologically sensitive area of ​​Uttarakhand – which has seen a worrying number of landslides and floods – will involve cutting trees to widen roads that will eventually connect the four shrines of Gangotri, Yamunotri, Kedarnath and Badrinath.

The road widening was challenged by Citizens for Green Doon, a local NGO that red-flagged immeasurable destruction of the fragile Himalayan ecosystem.

However, the government had said it was necessary to widen the roads in the area because they were ‘food’ roads that connected them on the Line of Actual Control (LAC) with China.

Advocate General KK Venugopal, appearing before the Government, stated: “… our Brahmos missile is 42 feet long and (the army) needs large vehicles to carry its launchers. “If the army can not move its missile launchers to the northern Chinese border, how will it fight a war if it breaks out?”

However, the petitioner had claimed that the army never sought widening of the roads.

“Someone high up in the political power would have highways on Char Dham yatra. And the army then became a reluctant participant,” the petitioner told the Supreme Court, clarifying that it did not say that the needs of the environment trumped the needs of the defense of nation.